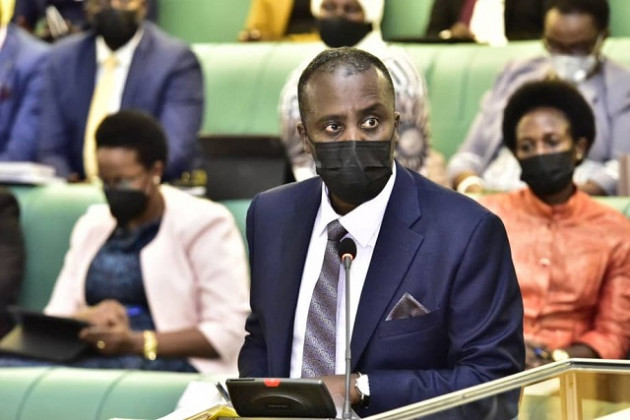 According to Akol, the minister, while addressing the media recently, said every labour export company in Uganda should ensure that Ugandans seeking work abroad have their body organs checked.

The State Minister for Internal Affairs, Gen. David Muhoozi, asked the House for time to present a comprehensive report on the matter

KAMPALA, UGANDA: The Member of Parliament for Kilak North County, Anthony Akol, has asked Parliament to direct the Minister for Internal Affairs to clarify on the regulations in place pertaining to labour export.

According to Akol, the minister, while addressing the media recently, said every labour export company in Uganda should ensure that Ugandans seeking work abroad have their body organs checked.

Akol added that the minister had appointed Victoria Hospital to carry out the tests. However, the directive was later on withdrawn.

“The Minister for Internal Affairs should explain to the House why the directive from the same ministry is being withdrawn. If this is not addressed at the moment, it will affect Ugandans,” Akol said.

He raised the matter of national importance during a plenary sitting on Thursday, 11 August 2022, chaired by Deputy Speaker Thomas Tayebwa.

Akol noted that during a visit to Dubai in October 2021, he interacted with Uganda’s Ambassador in the country, who said many Ugandans come to Dubai without the knowledge of the Embassy.

He added that many of these Ugandans flee their assigned workplaces in fear of having their body organs harvested.

“We have heard that harvested body organs are sold out and the bodies of the affected persons are fed to crocodiles in some of these foreign countries,” Akol said.

He observed that this made it difficult for the embassy to expeditiously assist Ugandans, especially those who leave their workplaces and seek to return to Uganda.

“The Internal Affairs Minister must explain some of the human rights violations meted on our people in these foreign countries,” Akol further said in his prayers.

He also tasked the Minister for Gender, Labour and Social Development to provide a lasting solution to the House, on how Ugandans working abroad can be protected from human rights violations.

The State Minister for Internal Affairs, Gen. David Muhoozi, asked the House for time to compile and present a comprehensive report on the matter.

“This is a cross-cutting issue that involves the Ministry of Gender, Labour and Social Development. I request that we work inward across government to present a report that will address the Member’s concerns,” Muhoozi said.

The Deputy Speaker directed the minister to present the report to the House by Wednesday, 17 August 2022.

“The issue is not on the hospital but checking of organs. That is what you should address,” Tayebwa said.