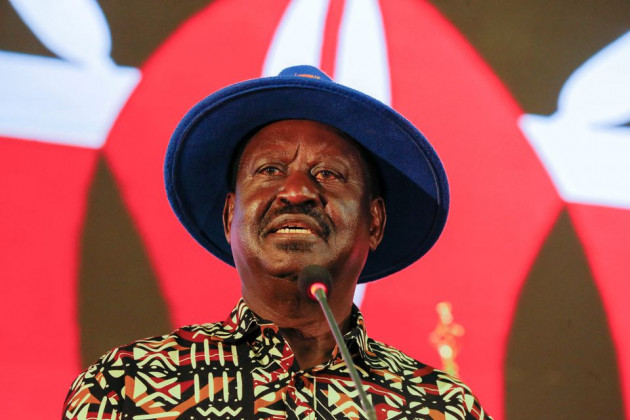 The veteran opposition leader, who lost his fifth bid for the presidency, urged his supporters to maintain peace and not take the law on their own hands, at a media briefing in the capital.

Speaking at the Kenyatta International Conference Center on Tuesday afternoon, Mr Odinga said Azimio la Umoja will contest the outcome of the elections at the Supreme Court.

Mr Odinga also faulted the chairman of the Independent Electoral and Boundaries Commission (IEBC) Wafula Chebukati saying the figures he announced are null and void and that he should be charged in a court of law.

The veteran opposition leader, who lost his fifth bid for the presidency, urged his supporters to maintain peace and not take the law on their own hands, at a media briefing in the capital.

“Kenya faces a grave legal and political crisis. What happened yesterday was a travesty and blatant disregard of the laws of Kenya by Mr Chebukati,” Mr Odinga said, adding that “We totally reject the presidential results announced yesterday by Mr Chebukati.”

Mr Odinga also said he is exploring all constitutional and legal means to settle the matter and urged Azimio supporters to remain calm.

Already, a section of leaders in the Azimio la Umoja have hinted that there were plans of the coalition to move to court to challenge the outcome of the elections. First was Ms Martha Karua who was Mr Odinga’s running mate.

This is not the first time Mr Odinga has challenged the outcome of an election in the Supreme Court.

In 2017, he twice challenged the election of president Uhuru Kenyatta. In the first petition a decision was made that the presidential election be repeated while in the second the matter was thrown out of the Supreme Court.

According to the Supreme Court, the Interlocutory applications should be filed and served within 24 hours from the time the response of the petition has been filed.