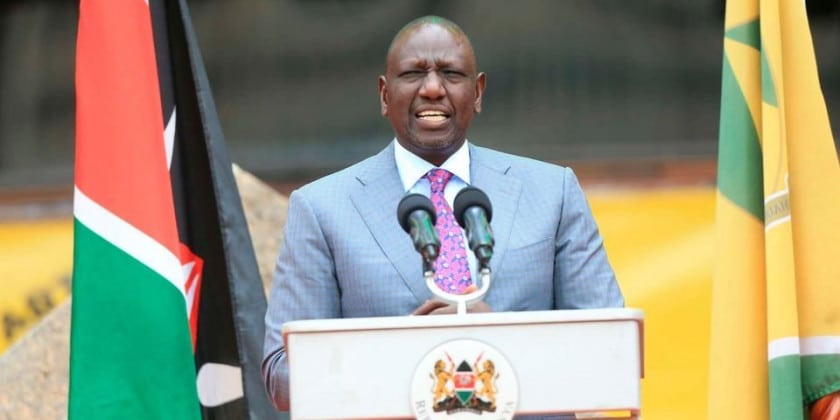 Incoming Kenyan president William Ruto has clawed his way to the top as the nation’s “hustler-in-chief”, playing on his religious faith and humble beginnings selling chickens by the roadside.

NAIROBI, KENYA: Incoming Kenyan president William Ruto has clawed his way to the top as the nation’s “hustler-in-chief”, playing on his religious faith and humble beginnings selling chickens by the roadside.

Although one of the richest men in the country and dogged by corruption allegations for years, the fiercely ambitious Ruto portrayed himself as the champion of the poor and downtrodden during the August 9 election campaign.

He won a narrow victory over the veteran opposition leader Raila Odinga, despite running as the effective challenger after acrimoniously falling out with outgoing President Uhuru Kenyatta who backed his rival in the closely-fought race.

“In becoming Kenya’s fifth president, William Ruto symbolises determination to overcome the odds,” Kenyan historian Macharia Munene said in an opinion piece for The Standard newspaper on the eve of his swearing in.

Ruto, who served as deputy president under Kenyatta for almost a decade, has pledged to reach out to his rivals in the deeply divided country, and tackle its deep economic woes and endemic corruption.

“There is no room for vengeance,” the shadowy rags-to-riches businessman said after being declared president-elect in his first bid for the job.

He had described the election as a battle between ordinary “hustlers” struggling to put food on the table and the elite Kenyatta and Odinga “dynasties” that had dominated Kenyan politics for decades.

“We want everyone to feel the wealth of this country. Not just a few at the top,” Ruto had said as he criss-crossed the country promoting his “bottom-up” economic plan.

The outgoing president did not publicly congratulate Ruto until the eve of his inauguration, which takes place Tuesday, after the 55-year-old had backed his boss in the previous two elections with a promise he would have Kenyatta’s backing this time around.

Their now fractured alliance was a marriage of convenience forged in the aftermath of deadly post-poll violence in 2007-2008 that largely pitted the Kikuyu — Kenyatta’s tribe — against the Kalenjin, Ruto’s ethnic group.

Both men were indicted by the International Criminal Court (ICC), accused of stoking the ethnic unrest that left more than 1,100 people dead.

The cases were eventually dropped, with the prosecution complaining of a relentless campaign of witness intimidation.

But Ruto was left out in the cold after Kenyatta shook hands with longtime foe Odinga in a dramatic switch of political allegiance in 2018.

He bounced back with a campaign that was directed as much at Kenyatta as his rival at the ballot box, blaming the government for Kenya’s economic woes and even accusing the president of threatening him and his family.

Clad in the bright yellow of his United Democratic Alliance, whose symbol is the humble wheelbarrow, Ruto sought to reach out to those suffering most from the Covid-induced cost-of-living crisis that has been aggravated by the war in Ukraine.

“He succeeded in penetrating and vanquishing the collegiate club partly because the dynasties disdainfully underestimated him,” wrote Munene.

Observers attribute Ruto’s aggressiveness to the fact he has had to struggle to get everything he has achieved in life from his lowly start in Kenya’s Rift Valley, the Kalenjin heartland.

“I sold chicken at a railway crossing near my home as a child… I paid (school) fees for my siblings,” he once said.

“God has been kind to me and through hard work and determination, I have something.”

His fortune is now said to run into many millions of dollars, with interests spanning hotels, real estate and insurance as well as a vast chicken farm.

A teetotal father of six who describes himself as a born-again Christian, Ruto seldom lets a speech go by without thanking or praising God or reciting from the Bible.

He first got a foot on the political ladder — and detractors claim, access to funds — in 1992.

After completing studies in botany, he headed the YK’92 youth movement tasked with drumming up support for the autocratic then-president Daniel arap Moi, also a Kalenjin.

In 1997, when he tried to launch his parliamentary career by contesting a seat on his home turf of Eldoret North, Moi told him he was a disrespectful son of a pauper.

Undeterred, Ruto went on to clinch the seat, which he retained in subsequent elections.

His detractors say he siphoned money from the YK’92 project and used it to go into business, and allegations of corruption and land grabs still hang over him.

But he has long dismissed such claims, once telling local media: “I can account for every coin that I have.”