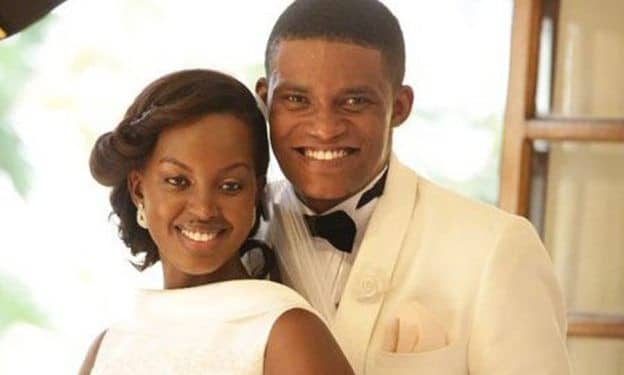 According to the Capital FM Am-Pm show host, the first years are made tough by the learning and unlearning the couple has to go through.

Former NTV News Anchor Flavia Tumusiime Kabuura has weighed on her first years in marriage saying unlike the common belief that these years of marriage are the best, in her case they were tough.

According to the Capital FM Am-Pm show host, the first years are made tough by the learning and unlearning the couple has to go through.

“I’m not sure who said the first years are the best, I think the first years are the toughest. I will not say the worst, they are just tough. Even when you dated for so long, I mean hubby and I knew each other for like seven years before we married… We were friends, then we dated and got married,” Tumusiime, who is married to TV host Andrew Kabuura, said.

“But I think the first years are tough because now you live together, you now have to understand each other on a different level. You’ve grown up in different backgrounds, traditions, cultures, beliefs so that jellying, in the beginning, is quite rough. So, the first years I think are… because they are a learning phase, they are a bit more tough,” she said.

Tumusiime has previously said that she changed a lot of things about Kabuura’s approach to relationships. For instance, she argued against publicising their relationship, which Kabuura wanted.

“When we started dating, he was from the school of thought of, but we are dating… show them… why are you hiding?” she has said.

“By the time we had a child, he subscribed to my privacy settings. Because he’s like, but it’s our child… It’s not like we stole a child from the streets, why can’t we show our child? And I said, this child needs to see mum, dad, not celebrity Kabuura and celebrity Flavia. And the moment we start showing the child, we are going to miss the moments.”

In January this year, the celebrity couple celebrated their third marriage anniversary, and together they have one child whom they welcome in April 2020 at Nakasero Hospital in Kampala.