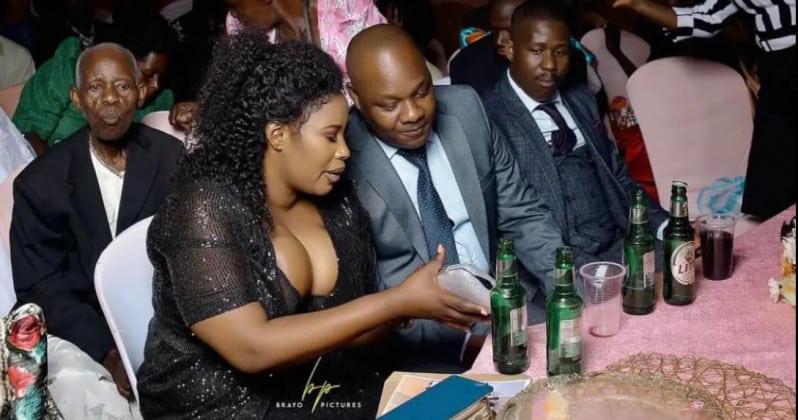 After recently being rejected by Vanessa’s family, Masaka City tycoon Emmanuel Lwasa has yet again paraded another juicy babe throwing Ugandans on social into utter ‘kaboozi’.

Lwasa’s decision to replace Vanessa with a spanking new babe came weeks after the self-made tycoon got rejected by Vanessa’s family upon hearing his intentions to be introduced to the family.

While attending a mini show in Masaka City earlier this week, Lwasa pulled through with the said new catch and going by the pictures circulating on social media, one would say the loaded businessman has an engraved taste for light-skinned ladies.