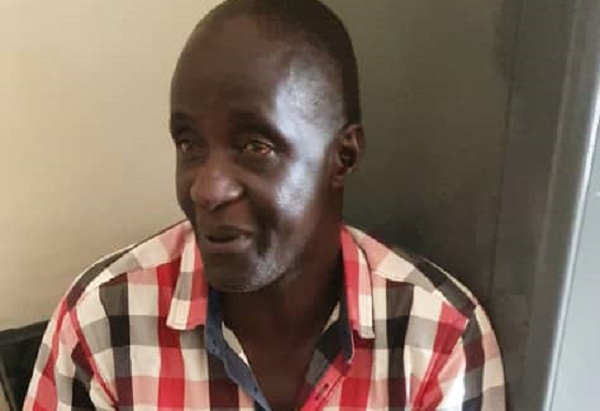 The group appeared in a bulletin on NBS TV’s investigative story monday night. One female suspect remains on the run and is being hunted according to ASP Luke Owoyesigyire

KAMPALA, UGANDA: Police in Kampala have arrested one Wasswa Meddy aka Taata Sula, the ring leader of the Money Swap Bandits gang after a Monday tV bulleting exposed them conniving to steal from Ugandans millions of money on Kampala streets while disguising as merchandise vendors.

Taata Sula’s arrest who has been on the run after his colleagues were earlier arrested followed an outcry by Ugandans especially on social calling on police to swing into action and bring the gang to justice books for engaging in criminality.

Kampala Metropolitan Deputy Spokesperson Luke Owoyesgyire confirmed the arrest of Taata Sula on Tuesday afternoon and said he and four other colleagues are currently being detained at Central Police Station in Kampala, while the lady, also part of the gang is still on the run.

“Meddy Waswa who has been on the run after the arrest of his colleagues has also been arrested by our Police teams at CPS Kampala. The group also appeared on @nbstv investigative story and he is believed to be the ring leader of the group. One female suspect remains on the run,” said Owoyesigyire in a Tuesday tweet.

How the money swap bandits operate

Disguising as clothing vendors along the Nakivubo channel, the smart gang that works in a group of about five people including a lady poses with jean trousers targeting specifically male customers with giveaway prices of their merchandise.

As seen in the video (which you can watch at the end of this story) , a potential customer (their target) comes as a normal buyer (or sometimes stopped by one of the vendors) and after negotiation, a final price is arrived at, prompting the buyer to pay.

Just as the buyer pulls out his money to pay, the gang leader (whom we earlier identified as Wasswa Meddie alias Taata Sula) steps in and tries to dismiss the price at which the vendor is selling his merchandise.

In a blink of an eye, he (Wasswa) then swaps the buyer’s note (whichever amount it may be as long as it is one denomination of a note) with his fake note (or sometimes sh1k note) and asks the vendor to revert the money back to the buyer.

Now, that is the moment the buyer is ‘dupped’ and robbed in a smart way without noticing. Of course, some who notice there and then are able to escape the trap, but the majority have fallen prey to the same trick as seen in the video attached below.