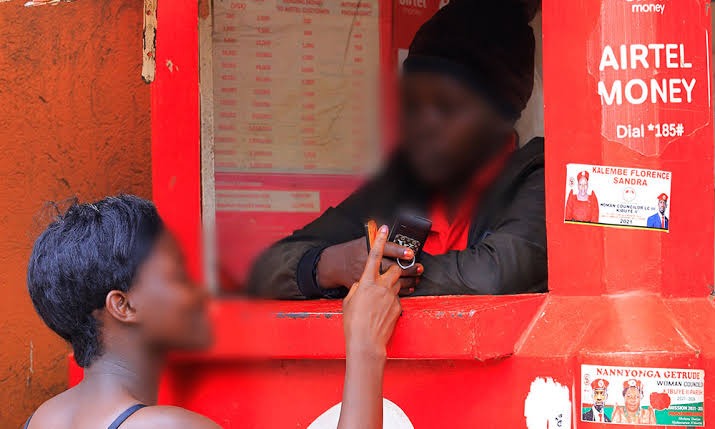 The hackers reportedly gained unauthorized access to the Airtel Money central systems and wired money to bank accounts in various banks connected to the Airtel to Bank Wallet services.

An Airtel Money agent carries out a transaction (Photo/File)

AMCUL is a subsidiary of Airtel Uganda that trades as Airtel Money Uganda.

The alarming report of the mega heist amid a crippling economy was first reported by CEO East Africa Magazine on Saturday evening stating that some sources very confidant with the incident reported a figure higher than 30 billion shillings stolen by the powerful hackers.

The money was then evacuated via several banking agents across the country as well as mobile money agents.

However, a sudden spike in transactions on the accounts that were previously dormant, alerted the banks and Airtel who immediately shut down the Airtel to Bank Wallet services before probing the matter .

David Birungi, the Airtel Uganda Public Relations Manager, Airtel Uganda could neither deny nor confirm the incident at the time the publication made the report.

Birungi who confirmed the shutdown in services described the incident as a technical glitch “with our Bank to Wallet and Bulk payments system yesterday.”

“We suspended the services, affecting some customers and partners, to allow the technical teams time to resolve the challenges,” Birungi was quoted as saying.

“We are restoring services in a phased manner. By end of day (Saturday) ALL will be up and running,” he said.

Asked if the said “technical challenges” were fraudulent in nature, Mr. Birungi, simply said, “It’s too early to know if there was fraudulent intent.”

This website has established that in due course, several mobile to bank transfer services were affected with Absa Bank Uganda and Stanbic Bank sending notices to their customers on Friday evening regarding the suspension of the services.It is not immediately clear how hackers gained access to the Airtel mobile money payment system.

“Hackers usually target financial institutions over weekends when there is less activity and reduced vigilance. It is easy to strike, withdraw the cash and cover up by the time the weekend is over,” said the insider who is very familiar with such online frauds.

“Fraud is of course wide but it has subsets- it has corruption, theft, cybercrimes, including identity theft and embezzlement. That is number one by far. The gap between number one (fraud) and number two is so big- I would say half is fraud,” he said then.

A breach of the fast-growing mobile money system will be a blow to efforts to drive up financial inclusion in Uganda and other countries in the region.

A majority of Ugandans have no formal bank account and rely on mobile money for its convenience. In some rural areas it is the only feasible option.Mobile money payments are used in agriculture, energy, health and education, among other sectors.