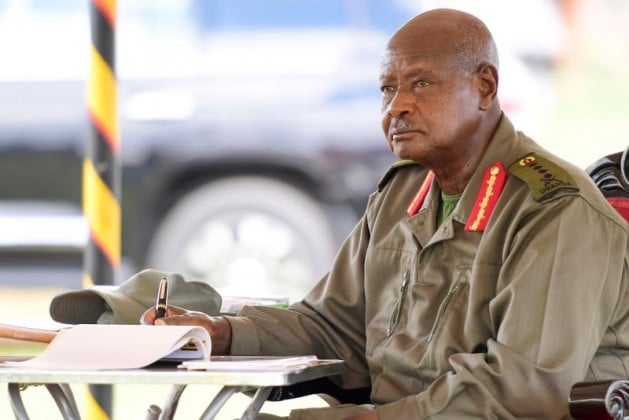 Gen Museveni has made changes and transfers in the UPDF with over 35 officers given fresh appointments in the army’s top leadership.

KAMPALA, UGANDA: President Yoweri Museveni who is also the commander-in-chief of the armed forces has made changes and transfers in the UPDF, with up to 35 officers given fresh appointments in the army’s top leadership.

In a Wednesday statement issued by deputy army spokesperson Col Deo Akiiki, Maj Gen Francis Takirwa has been appointed as the acting deputy commander of the land forces, among the changes made.

Gen Takirwa comes in to fill the void left by then deputy commander Lt Gen Sam Okiding who was last month appointed as the new overall commander of the African Union Transition Mission in Somalia (ATMIS).

Since 2019, he has been the Commander of the UPDF’s Second Division in Makenke, Mbarara, a position that has now been assigned to Bob Okigi, after the latter earning his promotion from Brigadier General to Major General.

In other appointments, the president also appointed Maj Gen Jack Bakasumba as the acting chief of staff land forces in the UPDF, leaving his current position of Uganda’s delegate to the South Sudan Peace Monitoring Mechanism

“The Ministry of Defence and Veteran Affairs and the UPDF fraternity congratulate the general officers upon their well-deserved promotions and appointments,” Col Deo Akiiki said.