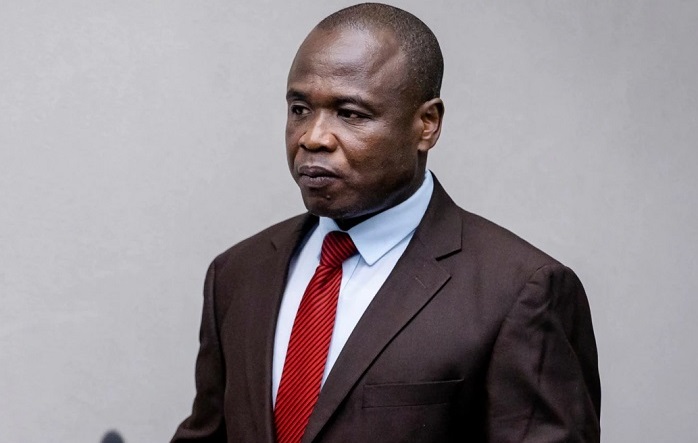 Dominic Ongwen, a former Ugandan child soldier who became a commander of the rebel Lord's Resistance Army, appears before the International Criminal Court in The Hague, Netherlands, Dec. 15, 2022.

The International Criminal Court Thursday confirmed the convictions of Dominic Ongwen, a former Ugandan child soldier who rose to be a commander in the notorious Lord’s Resistance Army, and upheld his 25-year sentence for rape, murder and child abduction.

Later the judges also rejected all the grounds of appeal related to the sentencing.

The militia has been largely wiped out.

Ongwen, now in his mid-40s, was abducted at 9 years old and forced into a life of violence after the group killed his parents.

The defense had argued that his horrific experiences in the LRA meant he could not be held responsible for his later actions.

Appeals judges, however, dismissed this and confirmed the lower court’s findings that Ongwen was not under duress and acted independently when he committed the crimes for which he was charged.

Ongwen is the only LRA suspect to appear before the ICC so far. Kony is still at large despite being the subject of an arrest warrant from the court since 2005.

In a hearing earlier this year Ongwen told judges he felt as though he was being blamed for all of Kony’s crimes.

The ICC prosecutor recently said he would seek to start proceedings against Kony and intensify efforts to bring him to trial.

Prosecutors and lawyers for the more than 4,000 victims participating in the case have asked judges to uphold the conviction and sentence.

The ICC was established in 2002 to try individuals for genocide, war crimes and other major human rights violations.