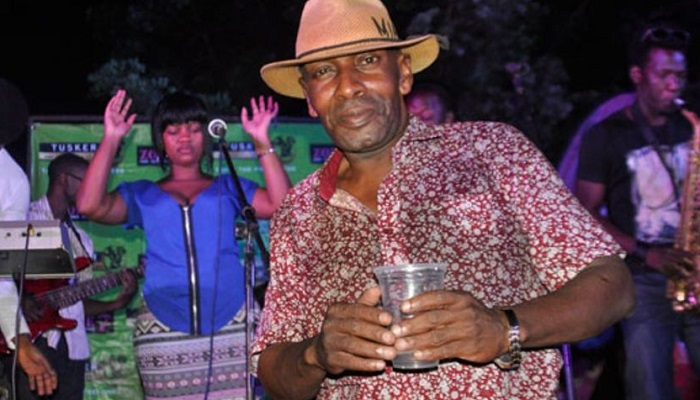 Kampala City Allan Kanyike aka Dynamite the popular dance hall king of Happiness has died, the DailyExpress has learned with profound shock.

The fallen socialite has been popularly known by Kampala party life goers for his consistent appearance at all bar band events in and around the city bars and hangouts.

He created a signature dance, of moving his hands, feet and head in a cyclic manner no matter the rhythm, which endeared him to patrons.

“It’s with profound shock that I have learnt of the death of a very good bar friend Allan Kanyike, aka Dynamite. We shared a lot in common. We both lived in England, came back home to stay, and both loved music, especially live bands with Afrigo being our number one band,” Edward Sendi, a music critic, said.

Sendi says he had not met his friend in two months and only to learn of his death. “It’s so sad but at least he partied to the maximum of enjoyment whenever he was out. Maybe the good Lord was preparing him for eternity,” he adds.

The jovial Kanyike returned from the United Kingdom in 2012 to enjoy his retirement in Uganda after working at Queen’s Bridge Management Limited for 18 years as a property manager.

He left Uganda to work in the UK in 1988, starting as a banqueting officer in Holborn, London. The deceased patron was devastated by the death of his son, Dr Ian Bwete, to Covid-19. He also lost his mother about two years ago. By press time, family and friends were beginning to converge at the family home in Ntinda.