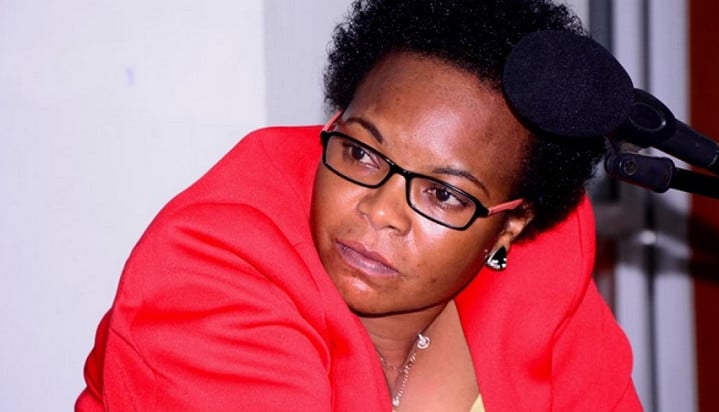 The Minister of state for Urban Development is swimming in murky waters as majority if not all MPs from her Busoga backyard continue to shun her for reasons of not biting a hand that feeds you among others.

American Leadership Scholar John Maxwell asserts that being a great leader is all about having a genuine willingness and a true commitment to lead others to achieve a common vision and goals through positive influence. No leader can ever achieve anything great or long-lasting all alone.This is a true reflection of what Minister Namuganza finds herself in.

It’s on record that the Ugandan parliament has caucuses representing different regions and Busoga is not any exception. Under the able leadership of Hon. Idd Isabirye (Bunya East) the Busoga Parliamentary Group is akin to history.

The Group boosts of close to 50 Members including directly elected MPs and Ministers who are ex-officials. In the ongoing censure motion being championed by Agago North MP, Hon. Amos Okot, the embattled Bukono MP also Urban Development State Minister, Hon. Persis Namuganza is swimming in murky waters as majority if not all MPs from her Busoga backyard continue to shun her for reasons of not biting a hand that feeds you among others.

According to former Kigulu North MP,Hon.Andrew Kiiza,all MPs are duty bound to toe the parliamentary line without mincing words.

“For the 5 years an MP is sent to the August House, you swear several oaths among which include defending the sanctity of parliament at all times and it’s presiding officers.This is basic information that every MP knows from induction”, he revealed adding that there’s no way any sober Legislator will deviate from this position since parliament more less feeds them and takes care of their welfare.

Throughout her first term in parliament (2016-2021), troubled Namuganza tormented then Speaker of the 10th parliament by claiming that she had betrayed both their party and its chairman in the way she presided over the house. To the MPs then and now, its abominable to disrespect the presiding officers. It’s just unprecedented. Being not sophisticated as always,she went bare knuckles with Kamuli District’s longest serving Woman MP thereby creating a rift between herself and many people.This uncalculated move haunts her todate although of late she keeps creating an impression that the former speaker is good of which it’s too late to undo her verbal artillery she used to direct at her discrediting her parliamentary credentials.

Sources say current MPs are not ready to side with a chaotic and troublesome colleague whose history in battling presiding Officers at parliament is known yet in the end,they suffer more as a sub-region.

To their credit,MPs assert that the current parliamentary leadership led by Speaker Annet Anita Among Nangobi is very people centered.

“Since her elevation to speakership 9 months a go,we are getting results not only as a house but also as a sub-region.Buyende where her husband hails from and represents in parliament is changing drastically. She is closer to all MPs from the area and above all, she has a listening ear coupled with being a team player and problem solver”, an MP said on condition of anonymity adding that any forces formed against fighting the house she presides over will be obliterated in a blink of an eye.

Noting that Among is God sent with felicitations to Eng. Magogo for getting Busoga a down to earth tribemate who is also pragmatic, the same MP argued that Busoga has learnt from history of divisive politics that cost them high profile offices and that now is the time to crush anyone fighting the house whose chief officer is their sister and daughter in law.

“We had lost the speakership that Busoga held for 20 years altogether but in Rt. Hon. Among, we are back in the equation. And having a No.3 is more gratifying than a mere State Minister in the Bukono MP”.

All done and said,the Minister is a loner and destined for harder times ahead. Whether censured or not,the center will no longer hold since things would have fallen apart as author Chinua Achebe notes