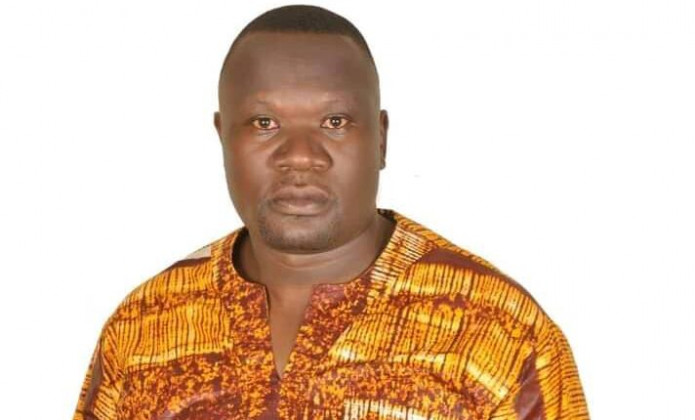 Many people prefer information that gives them emotional satisfaction, like pundits who attribute every failure to the government; especially the person of President Yoweri Museveni.

The country continues struggling to come to terms with the sad reality of the new year’s day celebrations nightmare at Freedom City Mall, Entebbe Road where at least ten people died in a stampede by revellers to welcome 2023. The reaction from the public has been, understandably,  diverse with many blaming the government for the shortfall and others particularly voicing against the reprimand of the event’s organiser, Abbey Musinguzi, alias Abitex who is currently being held by the state to facilitate a probe into the mass deaths.

One popular pundit at one of the top Television stations in Kampala Shamelessly called for the arrest of the Inspector General of Police over what he termed as “recklessness” for failure to protect the people at the event. He also ridiculously called for an immediate release of Abitex, who actually happens to be the key suspect in the investigations, and rather urged the police officers who were at the venue to be apprehended. Well, that is understandable in a situation of National grief, but not from a person in the calibre of a top scribe who is expected to be a fountain of knowledge upon which the public should turn to.

A deeper analysis of the events and the reaction has pointed me towards a bigger problem following the coordination of several preceding events where it turned a holly trend for us to blame the government,  and particularly,  the President each time something goes wrong in the country.

Many Ugandans seem to be angry,  feeling the country is not going in the right direction. This is especially so among those who feel they can do better, which is understandable. However, they always attribute their frustrations to factors that are politically convenient and emotionally satisfying to them. I have learnt over the years that the pursuit of accurate knowledge and the pursuit of ideological or emotional satisfaction are inherently conflicting goals.

Many people prefer information that gives them emotional satisfaction, like pundits who attribute every failure to the government; especially the person of President Yoweri Museveni. There is no doubt that many routine functions of government in Uganda are characterised by corruption, incompetence, absenteeism, laziness, apathy and indifference.

However, morally important issues like these are not necessarily decisive causal factors of Uganda’s poverty and misery but merely characteristics of it. This is not to say such moral issues are not important. Rather it is to underline the fact that confusing one with the other and imagining they can be combined into one politically attractive package is not an approach that leads to understanding.

For example, most of the discussion about “development” in Uganda focuses on the state. While I think the state is important to economic development, I also believe its actions are limited to the capacity inherent in people that make up that state – their skills, values, norms, work ethics and social attitudes i.e. human capital.

The standard of living of a nation depends more on its output per person than on the money received as income for producing that output. Otherwise, the government could make everyone rich by just printing money.

The challenge for low-income earners is not because the government has not created well-paying jobs for them but because they have low levels of productivity.

A Chinese textile worker produces output six times higher than her counterpart in Kenya, nine times higher than a Ugandan. That explains the differences in the incomes of workers in these three countries. Sadly this has little to do with government policy.

In the face of low labour productivity, Chinese investors in Uganda seek to increase the output of Ugandans by making them work long hours. This is inhumane and Ugandans will organise politically to reign in Chinese investors.

However, I am inclined to believe this inhumanity is necessary for our development – the short-term cost to our long-term prosperity. In the heated and often bitter debates over Uganda’s development, we forget that progress comes as much from the public policy as it does from shared mentalities. Our country is suffering from the legacy of indoctrination in the nanny state ideology.

From home to school to traditional and social media, people are taught that their misery is because of government not doing things for them. No one tells young people that personal advancement comes from having the right social attitudes and marketable skills, not from government babysitting people.

At Makerere and other universities, lecturers pump students with socially dysfunctional ideologies about the government being responsible for people’s wellbeing.
Meanwhile, they impart students with skills not demanded by the market. When I need a plumber, a carpenter, a gardener, a mason, an electrician or a mechanic I can hardly find a Ugandan who speaks English; meaning these vital jobs have been left to “jua kali” who speak only Luganda, the proxy for low education achievement.

Uganda’s education system and our country’s intellectual climate are not conducive to progress. Academics, journalists, intellectuals, civil society and social media activists pump our people with a sickening sense of entitlement.

Ugandans think they are entitled to a well-paying job simply because they have a university degree. When this expectation is not met, it gives them an even more insidious sense of grievance that government is responsible. This explains why they rally around demagogues in the naive and blind hope that they can deliver them salvation.

Ugandan elites tow this politically correct line because it makes them look and feel “cool” as a pro “the downtrodden”. This non-judgmental leniency towards individuals and groups that are always sitting idle and blaming everyone else for their misery is the problem.

Take the example of former Presidential candidate, Robert Kyagulanyi aka Bobi Wine: he grew up in the ghetto but became prosperous by exploiting his talents. The current system that he is so keen to criticise did not block his journey from poverty to prosperity.

Yet he keeps telling his followers that their own journey from misery to fortune is somehow blocked by the government, not their lack of marketable skills. This sense of victimhood is dysfunctional. A dependent voting constituency is valuable for politicians to exploit for their own ends.

This is especially so when a politician has a captive constituency indoctrinated with the belief that they are surrounded by enemies who are keeping them down. This is because; the politicians who do this position themselves as the defenders of the poor in exchange for their votes.

This is the reason demagogues are loved. Yet while these arguments make the poor feel a sense of gratification (someone is helping me fight the enemy keeping me down) they do not help them deal with the real challenge of their personal progress i.e. investment in developing the requisite skills.

For many Ugandans, political activities such as demonstrations, rallies, marches, protests and posting insults on social media offer instant gratification and solidarity with like-minded people. Many urban Ugandans use such events to present their grievances as a righteous crusade against presumed enemies (Museveni and his corrupt confederates in power) ostensibly responsible for the bad situation.

They do this because it is easy to do even though not productive. The solution to the plight of many unemployed or underemployed Ugandans would be to invest in personal development by putting all their energies in acquiring the requisite education, skills and self-discipline vital for success. But this path to success can be a lonely process of unromantic drudgery with no immediate gratification as solidarity with others voicing opposition to presumed enemies.

Moreover, this alternative to political protest can produce a painful sense of one’s own inadequacies. That is the challenge for Uganda’s youth.