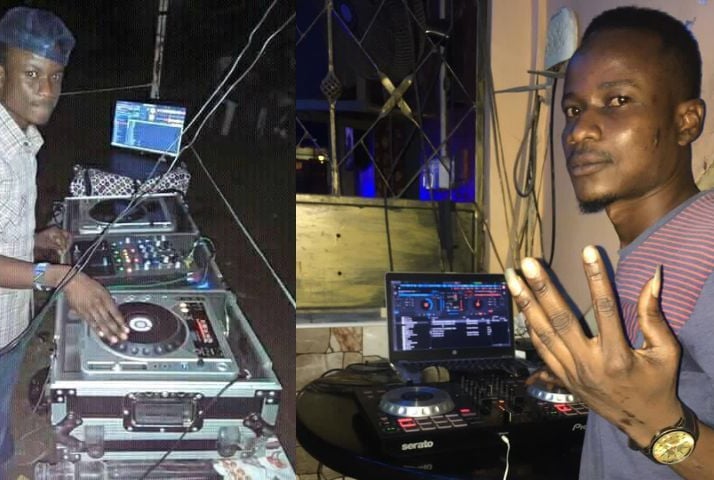 Salim Moriasi alias DJ Goodie was killed on Christmas day at 1 am following a scuffle in the club over the playing of a song, according to preliminary investigations.

The late DJ Salim Moriasi alias DJ Goodie of the County Lux Comfort Hotel in Mariakani County Luc Comfort hotel was allegedly murdered by known people who are yet to be arrested. PHOTO/COURTESY

The family of a 27-year-old deejay (DJ) at the County Lux Comfort Hotel in Marikanani, Kilifi County, Kenya- has called on the Directorate of Criminal Investigations to conduct thorough investigations into his killing.

Salim Moriasi alias DJ Goodie was killed on Christmas day at 1 am following a scuffle in the club over the playing of a song, according to preliminary investigations.

The revellers had requested a song, which the DJ failed to play.

The family said his killers are well known but are yet to be arrested.

According to the family spokesperson George Abuga, DJ Goodie sustained injuries on different parts of his body after he was assaulted.

A postmortem done at the Coast General Hospital mortuary revealed that he succumbed to cardiorespiratory arrest and severe head injury.

“I attended the postmortem. The damage on the body indicated that it was by a combat person,” he said.

Speaking to journalists on Friday before DJ Goodie’s burial, Mr Abuga accused the club’s management of interference in the matter after the DJ was booked by his employer as an unknown patient at the  Mariakani Sub-county Hospital yet he was their employee for six years.

A report from the hospital stated that those who took him to the hospital reported that he fell down a flight of stairs, where he sustained injuries and was rushed to Mariakani Sub-county hospital. He succumbed to injuries while undergoing treatment.

“The murder was grievous, and the same club claims its long-time worker was an unknown Kenyan male. Our son was brutally murdered in cold blood by known people, and clips are circulating all over, and so far, nobody is in custody.

Mr Abuga said the late DJ was taken to hospital by his colleagues.

In addition, the manager hired a taxi to take the deceased to the emergency wing at the Mariakini Sub-county hospital.

He added that information from the hospital was that the doctor recommended a CT scan because of the extent of the injuries.

“Those who took him to the hospital told the doctor that he was a drunkard found lying on the floor. However, the doctor looked at him and recommended a CT scan. We call upon the police to move swiftly and arrest the killers,” he added.

Bouncer at the club

A neighbour Ms Ezina Moraa said they wanted the police to tell the family if the deceased was received at the Mariakani Sub-county when alive or dead.

Ms Moraa also questioned why a bouncer at the club who took the deceased to the hospital booked him as an unknown person while in possession of his phone, which he had from the night of the incident and Christmas day without communicating with the family.

She said the management failed to inform the family immediately after the deceased was taken to the hospital but informed them about the death on Christmas Day at 8pm.

“We need justice for the late Moriasi. The killers attacked and killed our brother and then carried him outside the club to portray that he fell and died, which was not the case. We spent a whole day without knowing that our brother was in the mortuary until 8pm,” she said.

Another family member Ms Zachari Abuga said they are shocked that the government was slow to arrest the killers.

Kaloleni Sub County Police Commander Alexander Makau confirmed the incident and said they had summoned all workers at the club, including the owner.

Mr Makau said all key witnesses had recorded their statements with the police for further action.

“The postmortem report has confirmed the murder of the deceased. We are up to the task to ensure we bring all the culprits on board for legal action,” he said.

He said the police had also retrieved the CCTV footage from the club for analysis.

“We were waiting for the family to bury their kin then we swing into action,” he said.