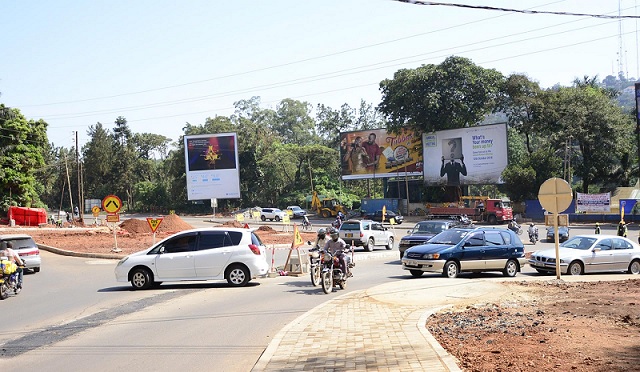 The money equivalent to $17.08m was recorded as a loss in the process of converting money from the Special Drawing Rights (SDR), an accounting unit for transactions with member countries of the International Monetary Fund, to an acceptable currency.

A total of 62.3 billion Shillings was lost in foreign exchange for funding allocated to Kampala Capital City Authority – KCCA for the second phase of the Kampala Institutional and Infrastructure Development Programme (KIIDP II).

The money equivalent to 17.08 million US Dollars was recorded as a loss in the process of converting money from the Special Drawing Rights (SDR), an accounting unit for transactions with member countries of the International Monetary Fund, to an acceptable currency.

The value of Special Drawing Rights is based on a basket of the world’s five leading currencies which include the United States Dollar, the Euro, the Japanese Yen, the Chinese Yuan and the British Pound. Uganda’s exchange was from Special Drawing Rights to the US Dollar, according to Donny Kitabire, the Acting Director of Treasury Services in KCCA.

Kitabire says that the loss meant that the authority could not utilize the money for capital development as earlier planned. He was appearing before the Presidential Affairs Committee of Parliament on Friday to present the entity’s budget estimates for the next financial year.

During the same meeting, KCCA Executive Director Dorothy Kisaka said that the loss was not engineered.

The Kampala Institutional and Infrastructure Development Programme (KIIDP II) project that started on May 8, 2015, is aimed at widening, upgrading and constructing city roads, junctions, drainage and associated infrastructure. It is funded through a 175 million US Dollar loan from the International Development Association (IDA) of the World Bank and counterpart funding of 8.75 million US Dollars.

Although the project’s initial completion period was five years, up to May 31. 2020, this has been shifted four times further delaying the project to May 31 2023. Kitabire says that the project has faced several other challenges like the suspension of works, especially for the Lubigi channel.

Kitabire says that the project is estimated to have 85 kilometres of paved city roads at its completion and that 81.77 kilometres (96.2 per cent) had been constructed as of November 30, 2022, The roads include Kira Road, Makerere Hill Road, Nsalo Road, Kabira, Fairway junction, Mambule, Bakuli-Nankulabye-Kasubi, Makerere University Roads, Lukuli Road, Kulambiro Ring Road, Nakawa-Ntinda Road, John Babiiha, and Windsor Crescent, among others.

But Rushenyi County MP Naome Kabasharira wondered how such a huge amount of money could be lost in transactional shortfalls. Similarly, Abubaker Kawalya, the Shadow Minister for Kampala demanded a further explanation about the loss saying that this is money that is to be paid by Ugandans.

Jesca Ababiku, the Presidential Affairs Committee Chairperson directed the Minister of State for Kampala, Kabuye Kyofatogabye to send a written write-up to the committee with detailed information about the loss.

Minister Kyofatogabye committee to ensure that a write-up on the KIIDP project loss is submitted to the committee.