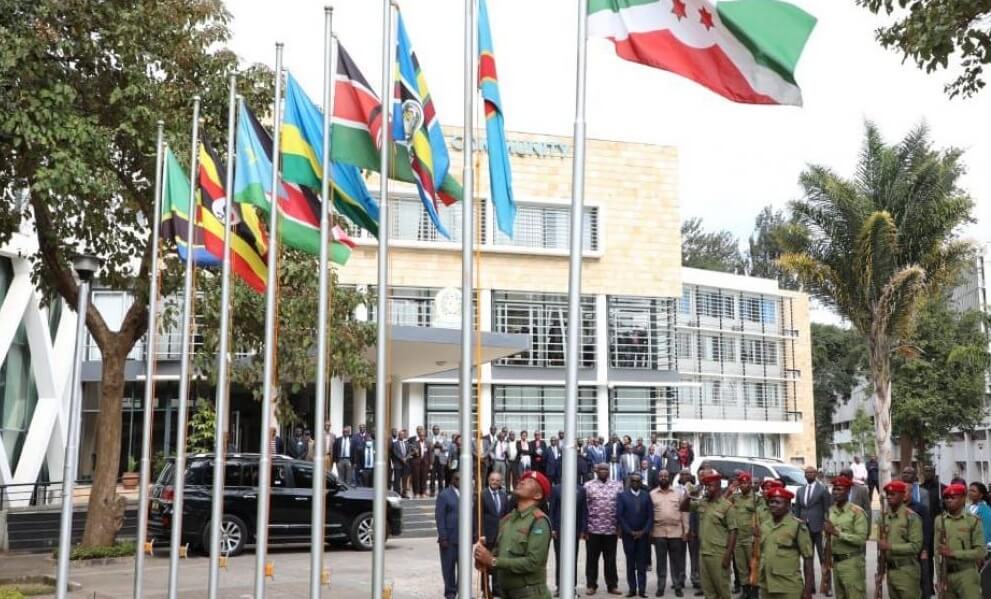 Somalia made an official bid to join the East African Community for the third time in July last year after failed attempts in 2012 and 2017 during the first tenure of Hassan Sheikh Mohamud as president. On both occasions, the issue of insecurity and political instability was the main reason for its rejection.

The bid by Somalia to join the East African Community (EAC) has gained momentum with the Secretariat’s planned verification mission to the country.

In July last year, Mogadishu made an official bid official for the third time after failed attempts in 2012 and 2017 during the first tenure of Hassan Sheikh Mohamud as president. On both occasions, the issue of insecurity and political instability was the main reason for its rejection.

Somalia has been characterized by civil conflicts since the overthrow of Siad Barre’s government in 1991, which led to the Somalia Civil War led by clan-based warlords before the Islamic Courts Union restored some order. However, the Ethiopia invasion of Somalia, backed by the US led to the collapse of the courts union in 2006/7 and a new group launched an armed resistance to the foreign-backed leadership.

Another group, Al Shabaab, which was driven out of Mogadishu in 2007 by African Union-backed Ugandan forces, still controls much of the central and southern parts of the country. But despite the situation, the EAC Heads of States Summit agreed in principle to admit the country and directed the Secretariat to commence the process of verification.

EAC Secretary General Dr Mathuki says the mission will depart for the country later this month to assess the suitability of its prospective membership. He adds that despite the problems of instability that exist, there is a lot that Somalia can add to the community especially in terms of economic growth because of its resources and strategic location.

The announcement of a verification mission to Somalia comes less than a week since the semi-autonomous region of Puntland declared it is no longer under the Somali government until a federal constitution for Somalia is completed. Puntland’s president, Said Abdullahi Deni, who lost the Somali presidential election, said however, that his ‘Puntland Government of Somalia’ is still committed to Somalia as a nation.

Dr Mathuki, the EAC Secretary General says the admission of Somalia to the EAC is even more important to the country’s security and stability because it would give the regional bloc more mandate to intervene. This would make the East African coastal country the eighth member of the community following the admission of the Democratic Republic of Congo, last year.

Somalia has the longest coastline in mainland Africa stretching 3,025 kilometres presenting better opportunities for trade between East Africa and the Middle East.

Apart from ease of transportation, Dr Mathuki says if the country was sustainably pacified, it would increase the tourism opportunities for the region, due to its long sandy beaches from the Indian Coast in the south to the Gulf of Eden in the north. The 22 billion Dollar GDP economy is dominated by primary agriculture for about 65 per cent and employs two-thirds of the population.

While livestock contributed 40 per cent of the economic production, other sectors include fishing, charcoal and bananas as the main exports; sugar, sorghum and corn are products for the domestic market. Somalia’s exports are now worth about 270 million dollars while imports totalled 460 million Dollars per year in 2021.

The country’s biggest source of foreign exchange is the diaspora who now send home about 1 billion Dollars annually. Apart from the Arab countries, western Europe and the US, East African countries, mainly Uganda and Kenya, host hundreds and thousands of Somalis, as refugees, legal residents and citizens.

While tabling the bid in Arusha at the Heads of State Summit, President Mohamud reminded the community of how the Somali people “are all over the countries” and therefore already naturally part of the East Africans. He said the entry of Somali will give it chance to contribute to the region’s development, contrary to what is happening today where the country is being supported to stay standing.

So, while Somalia might be a small population of 17 million, and a GDP of about 21 million US Dollars which is only bigger than Rwanda, South Sudan and Burundi, the EAC says the potential contribution through its natural and human resources will be a great addition.

“Somalia belongs to the East African Community. There is no country among the EAC Partners States that is not linked by business with Somalia and existing historical linkages include language and culture,” said President Mohamud.