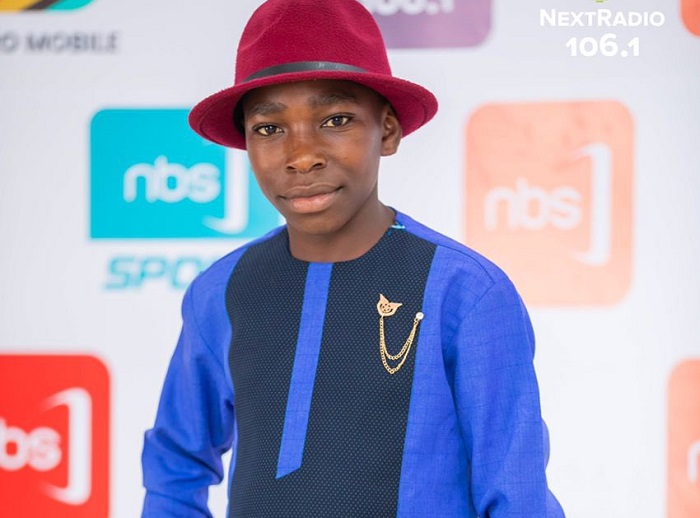 In an interview with NBS TV, Luyinda revealed that the video was actually shot in his home village of Buyamba, Rakai district, where he was born.

If you are a social media user, you’ve probably already seen the popular video featuring Luyinda Junior alias Kabaka Mwanga where he brags about his good looks. Luyinda is just 12 years old.

The video’s hook is when the boy says, “Nanyilira… Kabaka Mwanga.” “Nanyilira” is a Luganda word that means “I look good.”

In an interview with a local TV station, Luyinda revealed that the video was actually shot in his home village of Buyamba, Rakai district, where he was born.

Luyinda says during last year’s Christmas when his sister visited them in Buyamba, he made the decision to use her phone and record himself.

“It was my first time holding a smartphone. When I switched on the camera, I was surprised by my good looks,” said Luyinda.

“I returned the phone to my sister after recording, and she made the decision to upload the video to her TikTok account.,” he added.

Days later, her sister told him how the video had become popular on social media.

“Though I had no idea what it meant to “go viral,” I simply grinned,” he explained.

Luyinda revealed that after a week, a man by the name of Roy Major asked his parents to take him to Kampala to look into opportunities because his video had gone viral.

“My parents accepted on condition that I keep in school,” he said.

When questioned about the origin of his exclamation “Kabaka Mwanga,” the boy explained that his grandparents used to thank their grandchildren for their labors by saying, “Webale emiimu, ogikoze bulungi nga Kabaka Mwanga,” translated as “Thanks for the work, you have done it well just like Kabaka Mwanga.”

Luyinda, who will be joining Primary Seven this year, pleaded with well-wishers to help pay for his school fees. “The only challenge I have is school fees. I request people to help me out,” he said.