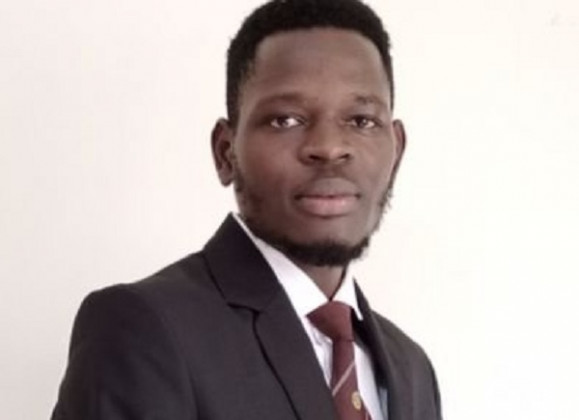 In order to realize an inclusive society for PWDs, the Ministries of Education and Gender, and NGOs must create an opportunity for the domestication of the convection to make their policies fully inclusive and boost inclusive participation in talent.

In summary
The Convention on the Rights of Persons with Disabilities (CRPD) calls on governments all over the world to embrace the dignity and rights of people with disabilities, which can be effectively realized through participation in inclusive talent development and showcasing talent in order to change public perceptions of people with disabilities and eliminate attitudinal barriers.

Today marks the 14th anniversary of the Convention on the Rights of Persons with Disabilities (CRPD). This is the first comprehensive international human rights law on human diversity and dignity. The Convention promotes the full participation of people with disabilities in all aspects of life by prohibiting disability discrimination and requiring that reasonable accommodations be made for people with disabilities in order to ensure equality. To date 184 countries have ratified the Convention, yet over a decade later, it is yet to be fully implemented, leaving the rights and dignity of persons with disability at stake.

In Uganda, which ratified the Convention in 2008, 12.4 % people live with some form of disability.  A large number of these want to participate in sports, music and theatre. Nonetheless, there is gross under-representation in showcasing the talents of people with disabilities. Consider that in the currently underway 24th Summer Deaflympics, Uganda chose not to send any athletes despite the fact that over 30 of them qualified. Compare this to the  44 athletes our neighbors Kenya sent. The difference is too large. History points to a trend of constant underrepresentation in these games.

This all points to non-inclusive budgeting or the lack thereto of inclusive policies to develop, nurture and showcase our talent. Additionally, there is a lack of robust, coherent and integrated approach towards legislation on disability data which is a further barrier to inclusion, as it impedes the understanding on the most effective solution to stop disability exclusions. Barriers to inclusion deprive those with disabilities of their dignity, preventing them from reaching their full potential and in extreme cases causing multidimensional poverty which refers to the various deprivations that poor people face in their daily lives, such as poor health, a lack of education, insufficient living standards, disempowerment, poor quality of work, the threat of violence, and living in environmentally hazardous areas, among others.
When one aspect of life is excluded, such as talent development, it can have a negative impact on another such as employment.

Despite exclusions, persons with disabilities continue to prove their ability to do anything regardless of the persistent barriers. Melanie Mataaga, became the first person with albinism to win a beauty pageant when she was crowned Miss Tourism Independent in 2016. In the same year,  David Emong, a disabled athlete, won the silver medal in the 1500-meter race at Rio’s Summer Paralympics Games.
Internationally, Troy Kotsur, a Deaf actor,  stunned the film industry earlier this year with his supporting role in the 2021 film, (CODA. He subsequently won an Academy Award, a British Academy Film Award, a Screen Actors Guild Award, and a Critics’ Choice Movie Award despite being deaf. Similarly, Rose Ayling Ellis, a deaf British actress, won the celebrity dance competition on the BBC show ‘Strictly Come Dancing’ by keeping time through counting beats.

Talent is not reserved for those who are not disabled and it must be nurtured for everyone. The Ministry of Education and Sports must as a matter of urgency, integrate inclusive talent development in the national school curriculum. Additionally, through the National Council of Sports, it must adopt the proposed National Sports Policy before the financial year 2022/2023 that would see a spur in disability inclusive talent development and showcasing at all levels.

The Ministry of Gender Labor and Social Development must also develop policies that align with the Convention including ensuring the television industry effectuates diversity, equity and inclusion (DEI) policies in the workplace that will accord a percentage of roles to persons with disabilitiesOn this anniversary of the Convention on the Rights of Persons with Disabilities, we must act rather than wait another 14 years to show the talents of those living with disabilities.

What must be done?