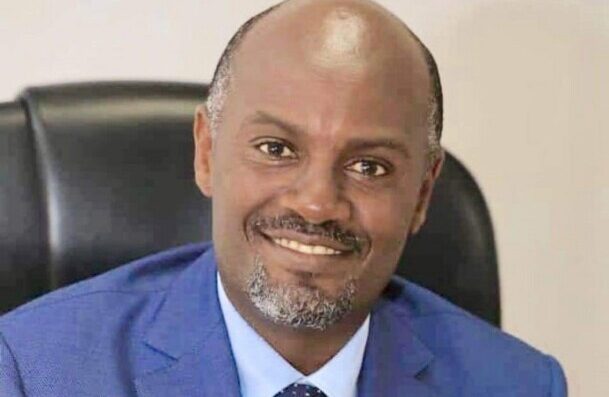 Pinetti also the promoter of Lubowa Hospital. She has also been given contracts to build some roads without any competitive bidding.

KAMPALA, UGANDA: There is a fundamental problem with Enrica Pinetti, the “foreign investor” behind the controversial Vinci Coffee Company. She is also the promoter of Lubowa Hospital. She has also been given contracts to build some roads without any competitive bidding. Pinetti seems to enjoy the confidence of President Yoweri Museveni. But rather than use such an asset reasonably, Pinetti negotiates deals that are harmful to the Ugandan taxpayer. But worse still and a consequence, she has a habit of arrogantly dealing public officials and agencies that provide oversight on government contracts. Consequently, she (for now) seems above the law.

Former South African president, Jacob Zuma, had a problem with the Gupta brothers. Museveni has a problem with Pinetti. The Gupta brothers were accused of state capture. What Pinetti has achieved in Uganda is presidential capture. This is why Museveni has even been willing to break the rules, or to disregard both value and price, to give her business. I am not a fan of bureaucratic red-tape. So, violating arcane procedures to secure what is good for the country is ok with me – in certain circumstances. The issue is that Pinetti lacks any credible business record of success to be the beneficiary of multimillion dollar taxpayer funds and other benefits arbitrarily and easily extended to her companies.

Contrary to her critics, I actually do not have a big problem with the terms of the agreement between Vinci and government. As a student of industrial policy, I am aware to set the industrialization ball rolling, it needs to extend incentives to investors that distort the market and harm some players. These incentives would best be provided, not to an individual firm, but to an entire sector that government considers strategic. And they would include access to cheap/free prime land, tax exemptions of different types, subsidies on electricity, transport etc. As companies grow in scale, they reduce unit costs and therefore become competitive in global or regional markets. Once mature, government can remove them.

The problem is that Vinci and Pinetti have no prior experience in coffee to justify her getting those incentives. In fact, she represents the biggest problem with Africa – our obsession with foreign investors even when they are of questionable competences. Pinetti has never roasted coffee and sold it on the international market. On what basis did Uganda give her these incentives then?
Andrew Rugasira, a Ugandan businessman of the Good Africa Coffee fame, invested everything he had in this business. He got supermarket shelf space in the leading supermarket chains in Europe and North America and began selling our coffee there. He got into inevitable cashflow problems and sought government support. The greatest government of Uganda could do to support him was $800,000 from UDB.
Pinetti, on the other hand, gets sweetheart deals from government that are exorbitantly expensive to the state of Uganda. Some have failed to take off as promised by her. And when questioned, she yells and insults public officials, refuses to appear before parliamentary committees. Once she blocked legislators, led by the minister of health responsible for oversight over Lubowa from visiting the construction site. She then upped the ante and blocked the prime minister of this country – from visiting her construction site. This, more than the contents of the coffee agreement she recently signed with government, is the crux of the matter.
Yet for all her arrogance, Pinetti has many questions to answer regarding her deals. Government of Uganda contracted Finasi, her company, to source funds, build, equip and for the first eight years manage a first class 264-bed hospital and 60-bed three-star hotel at Lubowa at $250m. Total built up area is supposed to be 72,000 square meters. All the money for this project is an eight years loan at an interest rate of 6.45%, giving an interest cost of $129m, making a total of $379m.

Initially, Finasi entered a contract with Roko Construction Company to build the hospital and the three-star hotel at a total cost of $70m. The two sides fell out and Finasi paid Roko $2m to exit. It then contracted Chinese contractor, Power China International, to do the same job at a cost of $57m, although in her quotation to government the total cost of civil works in building the hospital, the motel and hostels for medical workers and the training school comes to $69m. If total cost of all the civil works in her contract with the Chinese is $57m, where does the balance of $193m go?
Feasibility studies for the project cost $1.7m, the design of the hospital and motel cost $11.26m and the appraisal of the project cost $14.3m. Medical equipment and furniture cost $75m, its delivery and shipment $9m, its installation $14m, testing and commissioning $1.4m and training for equipment use $1.4m. And there is $18m for medicine and consumables for the first one year. I have the entire list of all the equipment and furniture she promises to buy and install in the hospital and motel and their costs – and that is where the problem with Lubowa lies.

Mulago hospital with 900 beds, has just been refitted with state of the art medical equipment and facilities plus an integrated hospital management system recently at a cost $24.3m. Given Mulago’s 640 extra beds compared to Lubowa, we need to question the costs of Lubowa and whether they reflect value for money. The difference between equipping Mulago and Lubowa is very high: $24.3m against more than $100m. Even if we added 10% as profit for the project sponsor, surely making over $140m profit of a project of $250m is just too much for a poor country.
The same Pinetti apparently is now in the road construction business. She convinced the president to give her seven roads without any competitive bidding, which is okay. This is in spite of the fact that she has no known experience in road construction. One of the roads had already been designed by UNRA with estimates on its likely cost. When she put in her bill, the difference between the estimated cost by UNRA and what she asked for was Shs 117 billion. Again, Pinetti got her way.

Pinetti’s seemingly above-the-law behavior is going to bring her trouble regardless of whichever support she feels she has from Museveni. There is a time when a parliamentary committee and the minister of health went to Lubowa to visit the site of this hospital and she locked them outside. The new Prime Minister decided to test Pinetti’s power and went to Lubowa to visit the site. She was literally chased away.
Remember this project is 100% financed by government of Uganda under ministry of health. Parliament, the minister of finance and our Prime Minister have a right and a duty to inspect the works. Pinetti and her people claim they had not been informed in advance to provide safety to the visiting dignitaries. This is a technical excuse not an explanation of humiliating our public officials. This behavior can only be conducted by a person with a very low regard of Uganda’s public institutions and their leaders. It is a behavior this country will not tolerate and her abuse of public funds using exorbitant and inflated costs will not stand.