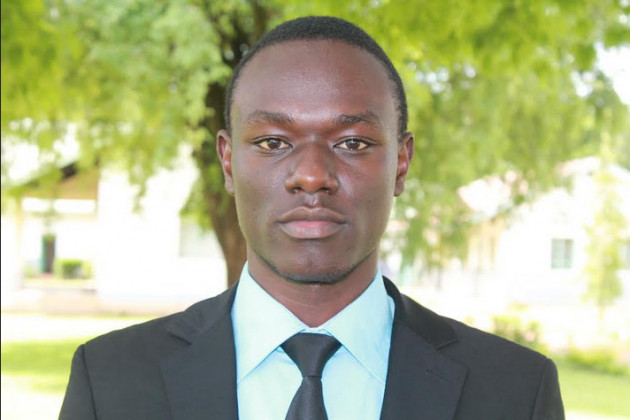 In this present day, technology has presented to us especially the youngsters all the means of accessing information, be it useful or harmful, true or false.

Science has pressed anew into human hands the two-edged sword of freedom more particularly when it comes to technological advancement. I quote the words of Søren Kierkegaard, an existentialist; “A second-time man has eagerly seized the fruit of the tree of knowledge and again and in the most ominous way, the promise of the serpent has been fulfilled: he has become like unto God, knowing good and evil. The freedom of choice has reappeared in the fearful armour of atomic power: armed for the attainment of good and armed for the perpetuation of evil…”

The current era is more based on advancement in science and technology. Man is exploring all his abilities in discovering new things day and night. Sometimes, man has even gone extra miles to attempt to create “man-himself” (the human being), but he is limited. Hence, he remains at the level of supporting and sustaining human life.  Gabriel Marcel writes: man is thus a being suspended between nothingness and the plenitude of being. Man is “homo viator”, never at the goal, but always on the way: he may, to use Goethe’s words, “become what he is”, or “he may fall away from his authentic self”.

Previously, the we relied on the elders of the various clans and families for information, skills and wisdom with interaction closely monitored. Elderly people would seat around the fire to educate their children through storytelling, singing songs, offering pieces of advice and many other ways that were available at the time. However, in this present day, technology has presented to us especially the youngsters all the means of accessing information, be it useful or harmful, true or false. Consequently, this has made the elders to be considered irrelevant and rendering their ideas as generally outdated especially by some young people. The youngsters have even adopted the slogan, “this is dot-com generation” (simply meaning that, they are in the world where technology is the answer to everything and therefore they don’t require any information from the elders) to push away the elderly people with all their wisdom.

Moreover, some of them even have the courage to tell off the elders; we now need the newest information from the internet, phones, televisions, and radios, among others. This has had tremendous effects on our way of thinking and making choices which are both positive and negative. People have resorted to some improved methods of manipulating the world which tantamount to high and quality yields. These methods are obtained with improved science and technology, which has now influenced the way the human person acts; no longer depending on the traditional beliefs. In other words, our way of carrying out events is now determined by science and technology.

It is very true that science and technology influence our actions and behaviour. Science has allowed us to send people to the moon, to cure tuberculosis, to invent the atom bomb, the motor car, the aeroplane, television, computers, and numerous other devices which have changed the nature of our everyday life. Scientiﬁc method is generally recognized as the most eﬀective way we have of ﬁnding out about and predicting the behaviour of the natural world. However, we must note that, not all scientiﬁc inventions have been beneﬁcial to human beings – obviously scientiﬁc developments have been used to destroy as well as improve human life.

A point in case is the war between Russia and Ukraine now where atomic bombs have been used to destroy human life. Could we implicate this as judging of things in a disordered manner of no purpose? Of course we may not enter deep to dig out the cause but we ought to know that there is no smoke without fire. This is how far technology has taken us to on a very serious negative note. Such an improper use of science and technology is everywhere rejected by men of sense and reason, because they serve no purpose neither in advance of man’s fortune in the world nor increase in his power of self-enjoyment. I bet most people would justly transfer such actions to the opposite column and place them in the catalogue of dehumanization. No one would feel any sense of excitement hearing such miseries.

However, it would be diﬃcult to deny the successful manipulations of the natural world which science has made possible. Science has produced results, whereas witchcraft, magic, superstition, and mere tradition have had little to show for themselves in comparison. Scientiﬁc method is a great advance on previous ways of acquiring knowledge. Historically, science replaced ‘truth by authority’. Truth by authority meant accepting as true the views of various important ‘authorities’–notably the surviving works of the Ancient Greek philosopher Aristotle (384–322 BC), and the teachings of the Church – not because of what was claimed, but because of who claimed it.

In contrast, scientiﬁc method emphasized the need to conduct tests, and to make detailed observations of the results before having conﬁdence in any claim. In any case, advance in technology without parallel advance in ethics and thinking may not leave us at the same level. The deterioration in ethics to a great extent is attributed to the increase in science and technology. This is in the sense that there is a high rate of moral decadency characterized by increasing abortions, surrogate motherhood, test-tube babies, divorce, loneliness, pornography, sins of sexuality, among other vices. These are all accessed on the media with increase in science and technology without parallel increase in ethics. Therefore, an individual’s behavior is completely determined by science and technology to the point that one cannot make one’s independent decision or cannot do otherwise from what the media imposes. Man in the exercise of his own mastery has got lost in this labyrinth of science and technology.

The fact being his own, man has gone to some extent contrary to reason which is pure absurdity for him. In some cases, he has arrived at the dead-end. Although man has greater confidence in techniques and gadgets, he has deadened his power, dignity, complexity and freedom as the human person. The human person now adores himself, his genius and the work of his hands. This is a step to materialism in its highest form. Man thinks he can do all things. Outside science and technology, he feels there is nothing more, no question of God and thus a tendency to devaluation.

Man has reduced himself not only to a mere scientific gadget but also to a being without power of choice. Sometimes, he forgets completely that he is just a transcendental instrument who should recognize that he is an agent who is at the center of any causal representation. Yet, Man should remember that he is just a being endowed with instrumental powers from God to be a co-creator. Where is the position of man really?

All the same, anyone should retain in his/her memory that it is the human person who chooses to undertake these scientific inquiries and not scientific inquiries choosing the human person to investigate them. Napoleon Bonaparte once said, “There are two powers in the world, the sword and the mind. In the long run, the sword is always beaten by the mind.” A person still has a choice or freedom to do this or that. A farmer can choose to maintain the traditional methods of farming even amidst scientific methods in place.

Of course choice from among sets of different possibilities is very crucial in our lives. But, it should entail that one must be able to choose one alternative or the other, one must be able to have control over these choices, and these choices should be rationally motivated. Man has that power of self-governance but it should not be misused. I am still convinced that we can make a change in so far as science and technology are concerned. According to the existentialists and Jasper in particular, “Man is an open possibility.” I believe we can turn away from using atomic bombs in the fight for material to preserving and maintaining human dignity by use of science and technology.

In the world we live in or the world we are on, we all need science and technology. The only way to keep up nowadays is to stay online, to connect with people and for things who/which matter. As we rethink on how best science and technology should improve our lives, let our minds morph and be rest assured that we shall finally be fit to be called the latest 21st-century modern men.