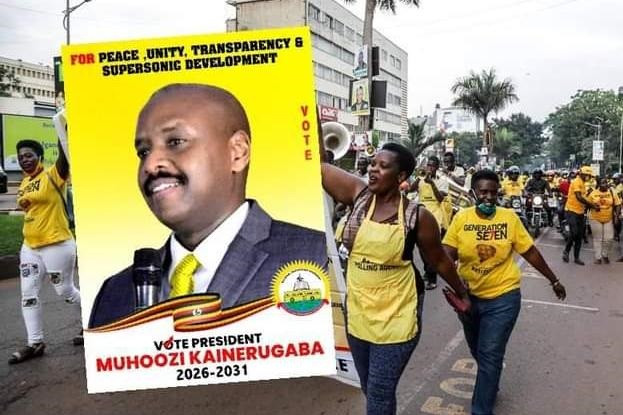 While all opposition voices are succinct that Museveni is no democrat, it is dumbfounding that we expect him to turn around and act democratically

By a different route, I have been here advocating a Muhoozi presidency. But from the look of things, it appears Gen Muhoozi will not coup his father as I have continued to urge him. He has instead settled for “receiving the blessing” of the old man to the chair.

I know this is a lower, more cowardly route. It means being baby-sat onto a very hot chair that the father not only fought for—went to fight in the bush for—but has been buying, bullying, and overseeing the jailing of opponents to keep. I perfectly understand his equally cowardly and un-strategic surrogates, “why does he need to show valour; dad did this for him already.” I get it. But this is the presidency, not his father’s private property.

You need something more than a father’s (presently blighted) legacy. [But I remain hopeful that this youthful and beautifully positioned soldier will heed my urging and pull off this only masterstroke, one around which he will not only mobilise to get authentic popular support, but will also use it to chide opponents]. Be as it may, I am not joining opposition voices snubbing Muhoozi’s bid for the presidency.

I have seen Andrew Mwenda’s 2009 blockbuster piece, “Farewell Republic of Uganda, welcome Rwakitura kingdom,” doing the rounds, signaling to the absurdity of this entire gamble. I feel the ugliness of it especially also that the author of this awesome piece is at the forefront of welcoming the same kingdom he so cogently criticised. But Muhoozi – as a legitimate bid – ought to be understood in the historical-political context of our time.

Let me start this way: I am always confused—almost disappointed—about our opposition’s expectations in Museveni’s Uganda. While all opposition voices are succinct that Museveni is no democrat, it is dumbfounding that we expect him to turn around and act democratically (whatever that means). Why do opposition politicians in Uganda expect Museveni to afford them a level and open playing field? Why not expect him to pimp and allow his children and friends unlimited access to our money, or allow corruption to roll uninterrupted?

It is confusing. How do you expect a professed autocrat to govern democratically? Secondly, it is historically undeniable that we have never been able to internally—on our own, without external help—depose our bad leaders. Throughout our history, we have relied on foreigners (for both money and weapons) to overthrow leaders we did not like. In fact, in one extreme case, an external force rolled tanks into our capital.

Museveni’s luck came when he ascended to power right at the end of the Cold War—and the rise of neoliberalism—with no external power interested in deposing him for another. Aware of these geopolitical-neo-colonial dynamics, Museveni made himself infinitely useful and usable to the new hegemonic exploiters. Like no other on the African continent, Museveni is the quintessential died-in-the-wool colonial comprador.

This means, Africans—especially Ugandans—were left with benign often non-violent ways of deposing their bad leaders. Either the guy is destroyed by internal bickering as happened to my friend Robert Mugabe, or the president dies in office as happened to Ethiopia’s Meles Zenawi. They become senile or uninterested in the office as happened to Yahya Jammeh, or the sitting president is couped by former allies as has happened to many around the continent in recent times. Or—as we are experimenting in Uganda right now—the man teeters with handing over presidency to his child.

Is it not amazing that for the first time under Museveni, there is a contender for the seat of the presidency who is free to announce his bid just a year after the previous election, and this contender is also free to go about the country throwing parties promoting their bid? That this contender is also a serving member of the armed forces makes it even more interesting. This contender also gets to meet the sitting president, shake hands and toast to the prospect of taking over.

But what should be more fascinating for the country is that Muhoozi, after exciting himself and country—unless Museveni collapses before 2026—is likely to find himself encumbered like everyone else who expressed interest in the presidency. He will be staring at a sitting president not about to retire, and untrusting in anyone else. That will be a painful postponement of ambitions, and the birthdays would have run out of steam.

On the other hand, if Museveni actually agrees to sit on the side and watch his son gamble along, it would be fascinating to witness not just the push-and-pull between son and dad, but also a Uganda under a different president, which should be appreciated as a safer and peaceful way for transition to begin. No, Muhoozi cannot be Museveni II, even if he wanted. This is not possible even for actual hereditary kings enthroned under already existent traditions.

New kings naturally emerge and also cultivate their own identities and politics, and these could go either way. Against this, opposition forces should chasten themselves, and be emboldened with the Igbo adage about glowing fire that begets cold impotent ash. [Isn’t the hesitation to coup his clearly aged dad telling enough?]

yusufkajura@gmail.com
The author is a political theorist based at Makerere University