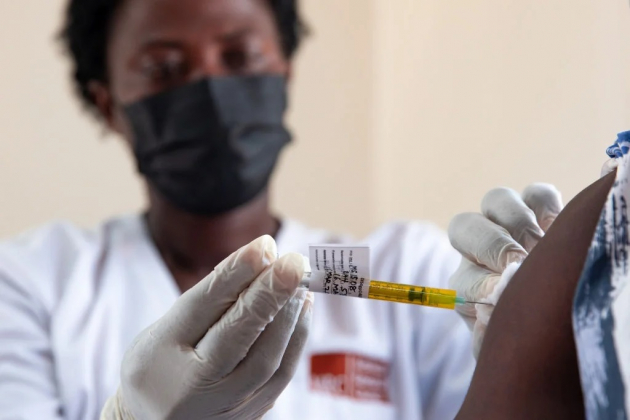 The 1st 2 injections of Cabotegravir or CAB-LA, are administered 4 weeks apart, followed by an injection every 8 weeks.

HARARE, ZIMBABWE: Zimbabwe has made history as the first African Nation to approve a long-acting injectable drug that prevents HIV transmission.

The 1st 2 injections of Cabotegravir or CAB-LA, are administered 4 weeks apart, followed by an injection every 8 weeks.

World Health Organisation (WHO) in July 2022 recommended CAB-LA as a drug that can be offered to people at substantial risk of HIV acquisition as part of comprehensive HIV prevention approaches. This drug also received regulatory approval in USA and Australia.

Like any African country fighting with HIV, Zimbabwe last year launched a strategic plan to end Aids by 2030. The Joint United Nations Programme on HIV/ AIDS, WHO and the World Bank inspire the world to achieve the shared vision of ending the Aids pandemic by 2030.

A number of citizens welcomed the decision made by their government for becoming the first African country to use the HIV prevention injection, among them where;

Nyasha Sithole, of the Development Agenda for Girls and Women in Africa (DAWA) network, who said: “Accelerating HIV prevention for girls and young women requires an expansion on choices available. I am excited and proud to know that my own country has approved the use of CAB-LA.”

“This will contribute to our basket of HIV prevention tools that work for us as girls and women in Zimbabwe.”

“We are aware that for more than a decade, WHO has recommended that pregnant and breastfeeding women at risk of HIV should be offered Prep. The people of Zimbabwe should embrace this new development in order to reduce the risk of HIV infection.”