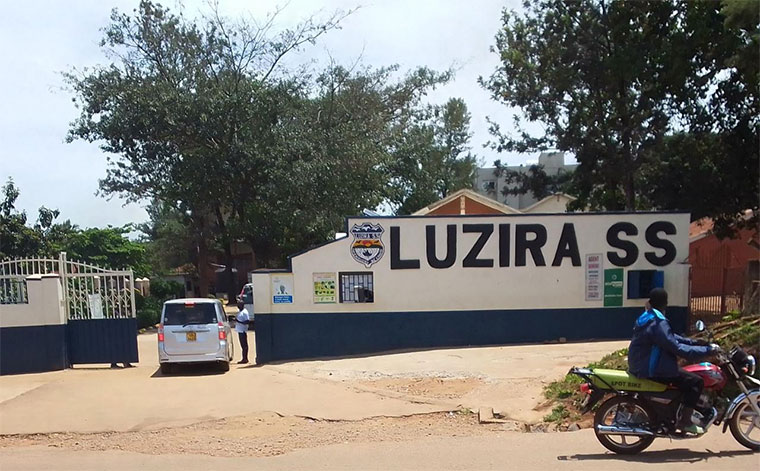 Police in Kampala on Wednesday confirmed the arrest of a 22-year-old Senior Four student of Luzira Secondary School who allegedly punched a security guard to death early this week on Tuesday.

KAMPALA, UGANDA: Police in Kampala on Wednesday confirmed the arrest of a 22-year-old Senior Four student of Luzira Secondary School who allegedly punched a security guard to death early this week on Tuesday.

The victim identified as Geoffrey Mugerwa is said to have been hit by a punch from the student after he reportedly tried to block him from leaving the school premises before the official closing hours.

Mugerwa reportedly died upon reaching the medical centre where he had been rushed to in an unconscious state.

“It is alleged that at about 11am on October 25, students were exiting the school through the main gate when a scuffle ensued.  The security guard is alleged to have taken a punch from a senior four candidate before he fell on the ground and became unconscious,” Mr Owoyesigyire said without divulging details.

“The post-mortem will give us the actual cause of death. We have recorded statements from witnesses and the suspect is being held at Kitintale police station where he’s being questioned,” ASP Owoyesigyire added.

One of the students who preferred anonymity said a group of Senior Four students had finished their practical examination paper and wanted to go home before 5 pm, but they were blocked at the gate by the deceased.

“The students held their ground and so did the security guard. At around that time, a car approached the gate and the guard opened it for the driver to exit. The students used this opportunity to run out,” the student told.

“The security guard caught one student and dragged him back to the school premises which did not go well with the latter, and it is at this point that the student punched the guard in the neck,” the student added.

“The guard collapsed on the ground before witnesses picked him up and took him to the sick bay. The school nurse said the guard appeared in critical condition and referred him to St Steven Dispensary, where he was pronounced dead.”

Another student said there has been bad blood between students and school guards, with many students accusing the latter of being very strict. “The students have been warning that they will beat them [the guards] up after completing their examinations,” the student said.
The student said the suspect has been taking kickboxing lessons at a club in Kitintale.

In the aftermath of the incident, the management of Luzira SS suspended the student and restricted him from sitting his final UCE examinations at the school.

Mr Peter Ssenyimba, the head teacher of Luzira Secondary School, declined to comment about the issue since the police were still investigating the matter.

Mugerwa was buried on Thursday afternoon at his ancestral home in Masaka District.