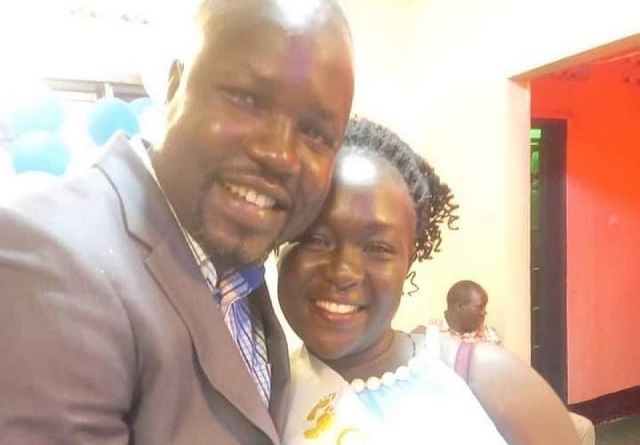 Dr Etuk, 34 succumbed to wounds on arrival at Gulu Regional Referral Hospital where he had been rushed for emergency treatment.

GULU, UGANDA: Gulu city lawyer Francesca Amony who stabbed and killed her husband on Friday has been remanded to Gulu Main Prison.

Ms Amony today appeared before the Gulu Chief Magistrate His Worship Saidi Barigye and was charged with one count of murder of her late husband Dr. Joseph Etuk contrary to sections 188 and 189 of the Penal Code Act.

Prosecution led by David Toskin told the court that on October 28, 2022 while at their residence in Kabedo Opong in Bardege-Layibi Division in Gulu City, Amony with Malice aforethought killed Etuk Joseph.

Court didn’t allow the suspect to plead to the charges since his court lacks jurisdiction over capital offenses. Barigye accordingly remanded the suspect to Gulu Main Prison until December 2, 2022, when she returns to court for mention of her case.

The Police earlier reported that the suspect, the former Pece Division councillor in the then Gulu Municipal Council, on a fateful day picked up a fight with her husband before fatally stabbing him multiple times.

Etuk, 34 succumbed to wounds on arrival at Gulu Regional Referral Hospital where he had been rushed for emergency treatment. The couple had a three-month-old baby girl.

The Aswa River Region Police Spokesperson, David Ongom Mudong told journalists at a press briefing in Gulu City earlier on Monday that investigations were still ongoing in the matter.

He says Police had not yet recorded statements from the suspect since she was still traumatized but notes that police are in possession of a knife that was used to commit the murder. Mudong also notes that the police Pathologist conducted a postmortem on the deceased but declined to reveal its details.

The suspect was initially detained at Gulu West Division Police Station where she voluntarily handed herself in after the Friday evening incident.