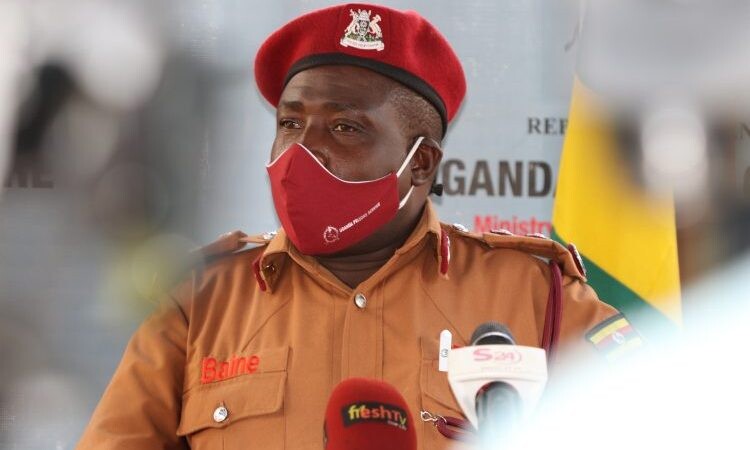 According to the Uganda Prisons spokesperson, Frank Baine, the suspect (Warder Jacob Otim) signed a gun to go for general duties only to head to the sentry where Wadress Eunice Abwo was working and shot her dead instantly.

BWUIKWE, UGANDA: Police in Buikwe District have arrested a Prisons warder who shot and killed his wife and another person who had come to rescue the woman in a shooting spree on Monday morning.

The suspect (now charged) identified as Warder Jacob Otim shot at his wife Wardress Eunice Abwo and another Warder Edward Namanya in an incident that happened at around 7.20 am on Monday at Bugungu Government Prison in Kanfunta, Nyenga Division in Njeru Municipal Council, Buikwe District.

According to the Uganda Prisons spokesperson, Frank Baine, the suspect (Warder Jacob Otim) signed a gun to go for general duties only to head to the sentry where Wadress Eunice Abwo was working and shot her dead instantly.

Baine added in a Prisons statement that it was upon hearing the gunshots that another prison warder, Edward Namanya tried to come to the rescue only to be shot dead too in the scuffle.

“After shooting the two, Otim tried to commit suicide but failed. He was then subdued by other staff on duty and detained,” Baine said.

Mr David Onyango, one of the leaders in the area said the warder had domestic misunderstandings with his now deceased wife whom they together have an eight-month-old baby, but they were yet to bring the matters to the public.

Some residents who spoke on condition of anonymity said the man had suspected the wife of having extramarital affairs and that could have been the cause of this incident.

“The suspect has since been arrested and is under detention at Njeru Police Station as investigations continue. The bodies of the deceased have been taken to Jinja Regional Referral Hospital Mortuary for postmortem,” she said.

According to the Uganda Prisons, Otim has since been handed over to police for charging before being presented to court.