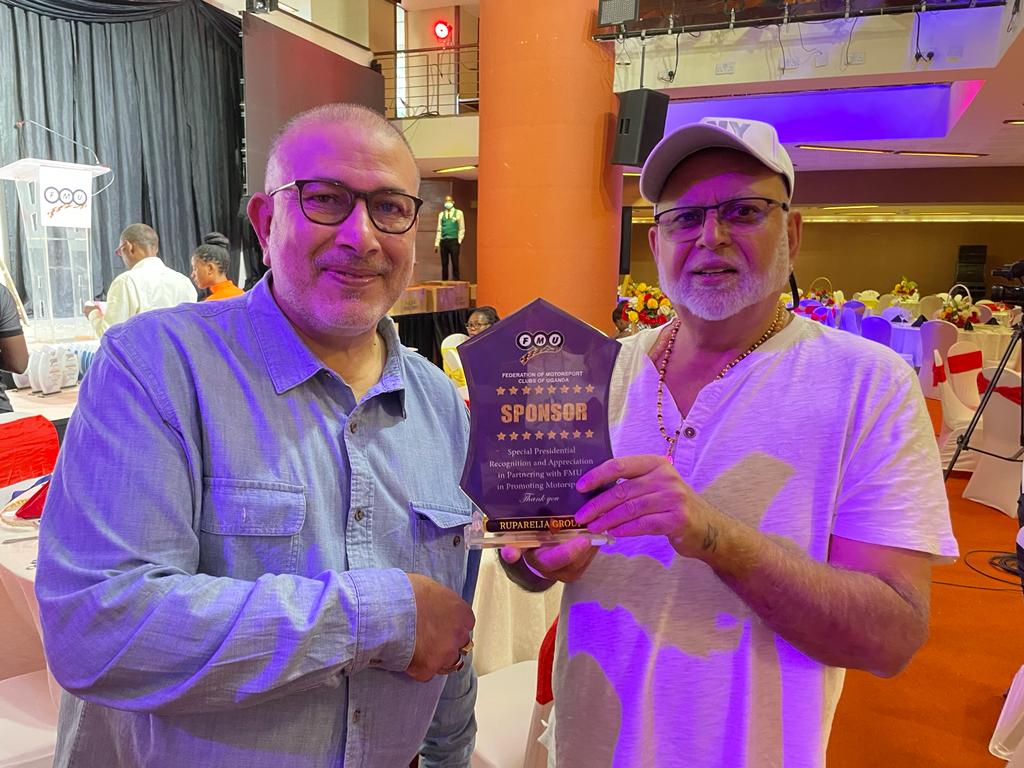 The Federation of Motorsports Clubs of Uganda (FMU) has honored the Chairman Ruparelia Group of Companies Dr Sudhir Ruparelia as their main sponsor in the FMU annual season awards 2022.

KAMPALA, UGANDA: The Federation of Motorsports Clubs of Uganda (FMU) has honored the Chairman Ruparelia Group of Companies Dr Sudhir Ruparelia as its main sponsor in the FMU annual season awards 2022.

The awards that had not been organized in almost three years due to the COVID-19 pandemic, were held on Friday, December 16th at Kabira Country Club, in Bukoto, a Kampala suburb.

During the awards night, several motocross, autocross, Enduro, and national rally champions from 2019 to 2022 were awarded, and among the premium sponsors who walked with special awards was the Ruparelia Group, recognised for its unending support to the rally championships across the country over the years.

Owned by Businessman Dr Sudhir Ruparelia, the Ruparelia Group was recognised for its child companies; the Speke Group of Hotels, the Ruparelia Foundation and the Kabira Country Club, for always supporting the FMU rally championships and other motorcross events.

“These awards have come a bit late given the challenges the federation has faced before arising from Covid and many more. But we are thankful that we managed to organize this big event and award all our champions,” said the FMU president Dipu Ruparelia.

In other award categories for the night, the Katende and Blick brothers, Filbert Muwonge, Gift Sebuguzi, Sharifah Kateete, Kylan Wekesa racked up the most awards for their achievements in their respective motocross classes since 2019.

Ibrahim Lubega also received his 2019 Clubman Rally Championship award sharing the stage with Muhammed Bwete who is the reigning champion in the category.

Yasin Nasser and Ali Katumba ended their wait to be confirmed as the 2019 National Rally Champions.