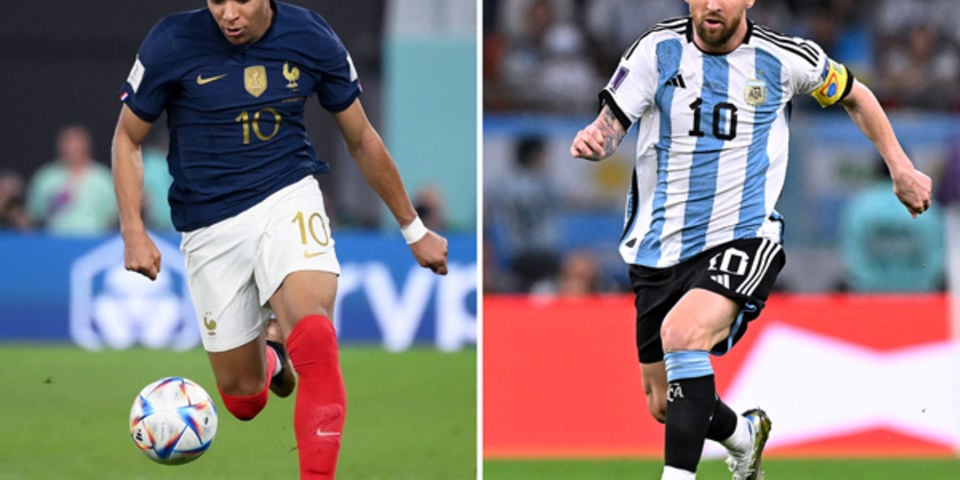 Argentina have the backing of a majority of neutrals as Lionel Messi bids to win his first World Cup in probably his last ever game at the tournament at the age of 35.

World Cup holders France insist playing in front of a largely hostile crowd in Sunday’s final against Argentina will not have an impact as they attempt to become the first team in 60 years to retain the trophy.

Argentina may have the backing of a majority of neutrals as Lionel Messi bids to win his first World Cup in probably his last ever game at the tournament at the age of 35.

In addition Argentina will also have far more supporters in the crowd at the Lusail Stadium, with up to 40,000 expected in Doha for the occasion, while French fans are set to number around 6,000.

“I am well aware that Argentina will have a lot of fans behind them,” said coach Didier Deschamps, who is hoping to become the first coach to win back-to-back World Cups since Italy’s Vittorio Pozzo in the 1930s.

“I expect a festive atmosphere with the Argentine people who are passionate and will be right behind their team.

“They sing a lot and are very expressive. That’s good, it’s a World Cup final after all, but our opponents are not in the stands.”

France can become the first side since Brazil in 1962 to retain the World Cup. Both teams are looking to win the trophy for the third time, with Argentina’s last triumph coming in 1986.

“It’s the same objective for the two teams. One of the two will have a third star on their shirt after tomorrow’s game,” said Deschamps.

Meanwhile captain Hugo Lloris insisted France are not focusing solely on Messi, with Argentina coach Lionel Scaloni having built a solid team around their superstar.

“We came into this competition looking to go as far as possible. Lots of people didn’t believe in us but here we are back in the final again,” said goalkeeper Lloris, with France having arrived in Qatar minus a host of key players due to injury.

“We know what Messi represents in the history of our sport but this is a match between France and Argentina. We will do everything to win this last battle.”

France beat Argentina on their way to winning the World Cup in 2018, triumphing 4-3 when the sides met in the last 16.

However, Messi is one of the few Argentina players present that day in the Russian city of Kazan who are expected to start again on Sunday.

“I think they have seven players now who were there in 2018 so it is really not the same team. It was a last-16 tie too, so there is no point comparing,” Deschamps said.