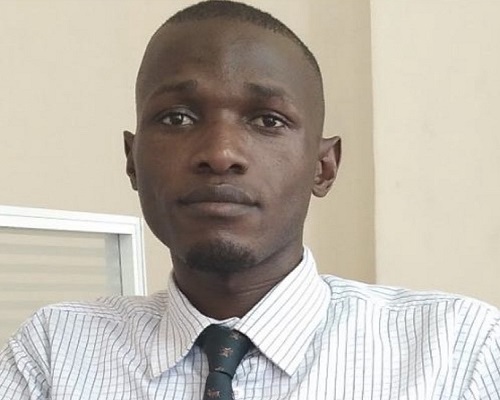 The government is sensitizing people about food security and advising them to be very careful in using whatever resources they have and the food available to them.

The current spike in prices of essential commodities including food has adversely impacted the lives of ordinary people not only in Uganda but globally. The situation has been aggravated by the shortage of food supply mainly due to weather fluctuations that have led to a shortfall in local supply.

No wonder commodity prices for food items such as sugar, maize flour, cassava flour, beans, ground nuts, and soya beans, among others have hit a record highest in the past year alone.

Last year, the Prime Minister – Hon. Robin ah Nabbanja Musafiri Majegere – flagged off a team of ministers to go around the country sensitizing the people about how to manage the current food shortage that several parts of the country are facing, sending with them tons in food items to areas, especially Karamoja.

This Ministerial Team outreach goes further to convey the government’s continued commitment and resolve to better people’s lives. “We are what we eat” goes the saying.  This needs no further explanation.

It is now common knowledge that the weather has been in an unpleasantly “playful” mood these past years: the rains have been very unpredictable. As a result, the country has experienced crop failure in many places. The thing about food scarcity in a country is that shortage anywhere potentially creates problems everywhere.

The intermittent rains are undoubtedly linked to climate change which is making weather conditions liable to fluctuation; not just in Uganda but around the world – although of course, every country undergoes its own experience depending on prevailing local conditions.

For Uganda, predicting the seasons, as well as when to expect rain to help plant more crops seems to be a challenge especially as we see droughts and overly long and intense rainy seasons in an unhealthy blend.

Our own responsibility as humans in this should not go unmentioned – the President himself has told people time and again about the importance of maintaining green cover, and preserving trees and wetlands. Some of his words have been headed to, but some people choose to behave like they had not heard these words of wisdom.

They are like those people whom the bible refers to as having ears but cannot hear. When Government, as a matter of public policy, advises people to plant two or more trees every time they chop down one, again some people plug their ears with cotton wool.

Now we are beginning to feel the impact of our negligence as citizens because you cannot violate Mother Nature and get away with your sins.

Hunger also exposes the most vulnerable – especially women and girls – to exploitation by those who have. Our father Abraham himself (Genesis 20) almost lost his wife in the process – in the land of refuge (Gerar) – when the King (Abimelech) took interest in Sarah and carted her off to his palace.

The poor man had been too scared to admit the very beautiful woman was his wife, thinking the natives would kill him and take her, and only said she was his sister. It took literal divine intervention for Sarah to return home.

This is why the Uganda Government is taking nothing for granted and is actively involving the population in the “war”. Among other things, people will be advised to grow fast-maturing crops and possibly prioritize food crops.

As we start off the new year, our people will need to be “sober and vigilant” as the Good Book urges. This is not the time for unnecessary feasting and going on to undue shopping sprees.

Many a household may need to prioritize; thinking twice before spending on Christmas clothes, throwing extravagant Christmas parties, buying the latest smartphones or splashing huge amounts of cash on drinking sprees.

The excitement of the festive season often makes people go into overdrive to the extent of borrowing huge amounts of money to throw parties. This season calls for being thrifty – especially as we enter into a wave of uncertainty occasioned by the advent of the La Nina season, which is characterized by many months of severe drought; the opposite to those of El Nino.

The government is sensitizing people about food security and advising them to be very careful in using whatever resources they have and the food available to them. During such times traders will even come from neighbouring countries loaded with a lot of money and offer to buy food at very very high prices.

People should not be tempted to fall into this trap.  Today you may sell the little food you have and get a lot of money but tomorrow you fail to buy food with that huge sum of money because food is not there.

We need to prepare for a difficult time ahead by strategizing carefully so that we can minimize and mitigate the impact of what is undoubtedly a tough season. This is not one of those times where one can afford to sit back and play spectator; the success will certainly depend on how responsive the people are.

People are urged to restrain from bush burning which results in further loss of pasture, destruction of vegetation and drying of wells.  Everyone has to play a part in our success.

The writer is the Deputy Resident District Commissioner for Amolatar District