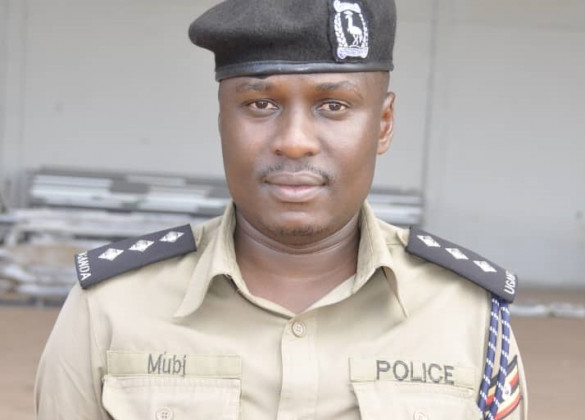 JINJA, UGANDA: Police in Jinja district Monday summoned a section of artistes in the Busoga region for reportedly losing a hired motor vehicle(Taxi) registration number UAT 057N which they were using to traverse their musical shows during last year’s Christmas season.

The Taxi which belongs to Tadeo Muwanika a resident of Wanyange central in Jinja was handed to the official driver Abedi Ntambi before he also gave it out to another driver identified as one Yakubu who was driving the artistes before losing the Taxi late December 2022 at a show in Kamuli district.

“On Dec 27, 2022, the artistes hired a Taxi to go for music shows since they had to move to more than one show during the Christmas season. After a show in Bulopa trading center, Bulopa sub-county in Kamuli, the driver(Yakubu) and team noticed that the Taxi was missing,” ASP James Mubi, Kiira regional police spokesperson said; adding that the owner of the Taxi reported the matter to Jinja CPS and opened up a case of motor vehicle theft.

Police started investigations to among others ascertain the whereabouts of Yakubu, who was driving the artistes that day and also track the vehicle. Police says that they also needed to summon the artists to record statements since they are the ones who hired the Taxi.

“We have got statements from Taxi owner, the official driver (Abedi Ntambi) and the artists. We’re hunting for Yakubu who was driving the musicians. Police will answer if the suspects have any connection with the theft of this motor vehicle after the investigations,” Mubi said.

At the time of writing the story, police had granted police bond to Edith Nakagolo alias Lady Peace and promised to bond out others. Nakagolo, according to ASP Mubi, was granted bond on condition that she had to mourn her father-in-law who passed on early on Tuesday.

Police has reminded all local artistes to be security conscious and also value police at all times not after becoming victims.

“Our local artistes should always be security conscious, Imagine they didn’t know the number plate of the taxi that took them to Bulopa. They should know the value of police at all times even before becoming victims,” Mubi said before urging the artists and the general public not to focus only on getting money but also paying keen attention on security of their surrounding.

Mubi says that politeness is key while talking to security personnel since security is paramount and not debatable at all circumstances.