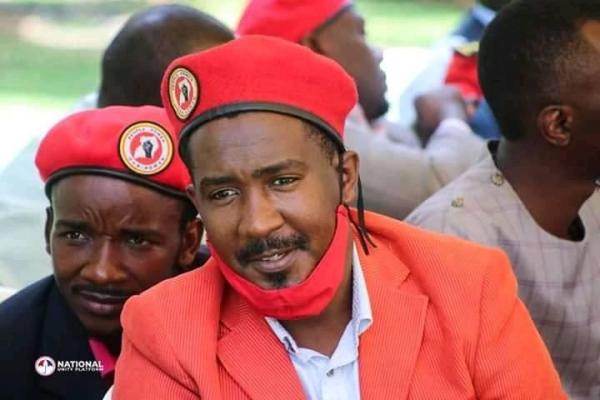 Ssenyonyi who is also the Nakawa West MP, told journalists on Monday January 23, that Ssewanyana is battling lung-related complications and can neither walk or stand on his own. He added that the legislator is in great pain and requires specialised medical care.

“Today we went to Mulago hospital in the morning to check on Hon Allan Ssewanyana. We understand he was secretly transferred there for treatment. When we got there, we were denied access to him,” Ssenyonyi said outside Mulago hospital entrance.

He added: “He needs better treatment than the one being accorded to him now It’s a worrisome state for our colleague because we’re told they found something with the lung. A couple of tests have been run and we’re trying to have a good understanding.”

Ssenyonyi further noted that Hon Ssewanyana whose health condition has deteriorated over time was “silently sneaked into the country’s national referral hospital from Murchison Bay at Luzira Prison,” and “was just lifted [from prison] and dumped at Mulago where he cannot even access better treatment.”

Ssewanyana’s lawyer who is also Kampala Lord Mayor Erias Lukwago, who had come earlier, was permitted to see him because he had a court order authorising him to consult with his client.

“His lawyer, Lord Mayor Erias Lukwago was able to access him and he’s in a worrying state,” Ssenyonyi remarked.

Hon Ssewanyana together with Kawempe North MP Hon Muhammad Ssegirinya have now spent more than a year in jail for several charges including murder, attempted murder, aiding and abetting terrorism, stemming from 2021 murders in greater Masaka spate of killings that left 26 people dead.