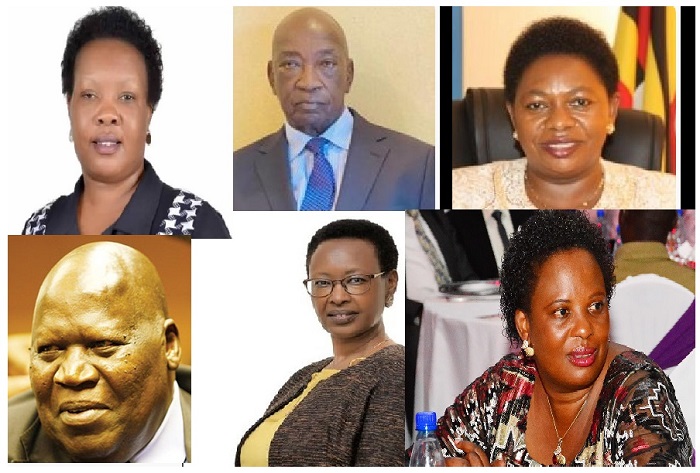 Whereas some ministers may be dropped, some will reportedly be transferred to new dockets according to a source that seemed familiar with the looming changes

DailyExpress has exclusively learnt that on top of the list who may be impacted by the next reorganization is state ministers Sarah Mateke Nyirabashitsi (Youth and Children Affairs), Alice Kaboyo (Luweero Triangle), and Harriet Ntabazi (Trade).

According to information obtained by this website, Hon Mateke who is the elected woman representative for Kisoro District has reportedly failed to fill her father’s shoes Mr Philemon Mateke.

Whereas for Hon Ntabazi, the problems with rice trade are believed to be the reason why he faces the knife after he has allegedly failed to address the crisis, causing government losses.

Sources familiar with the appointment and demoting authority also reveal that for Gen Moses Ali, his ageing status and poor health could be why Mr Museveni is considering to retire him, while for Betty Amongi, the recent struggles with the NSSF may be a factor for her to be reshuffled.

The source further reveals that whereas some government officials may be dropped, some will reportedly be transferred to new dockets in the changes to be announced in an unspecified period of time.

DailyExpress couldn’t verify this information by press time as no official statement had been released publicly from government sources.