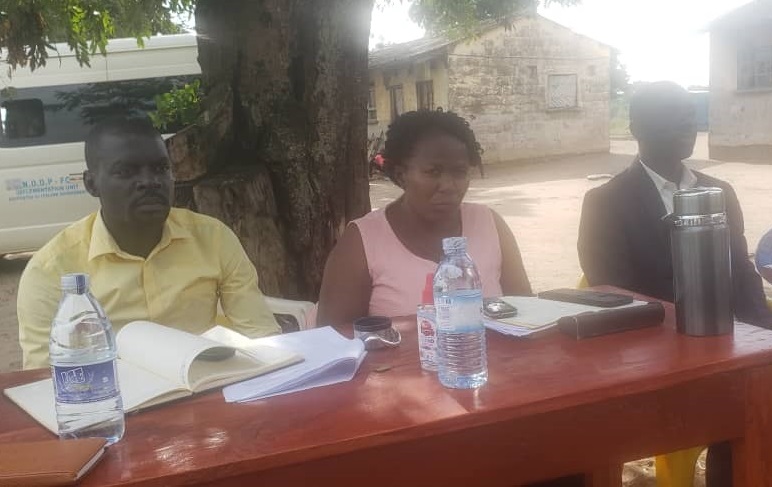 Authorities in Namayingo district, eastern Uganda have banned the sale of illegal fishing gear in the district with immediate effect, the DailyExpress has understood.

NAMAYINGO, UGANDA: Authorities in Namayingo district, eastern Uganda have banned the sale of illegal fishing gear in the district with immediate effect, the DailyExpress has understood.

The Resident District Commissioner(RDC) Namayingo district, Ms Deborah Mwesigwa Mugerwa and her deputy Mr Trevor Solomon Baleke say the ban is aimed at protecting both the fishermen and the fish as well as restoring the good relationship between the fishing community and the UPDF Fish Protection Unit.

“We are inviting the Uganda National Bureau of Standards (UNBS) officials to Namayingo to ascertain whether all the nets found in those shops are the ones recommended. Anyone found dealing in substandard fishing gear should be led to police for a statement with his illegal merchandise,” The Deputy RDC said on Tuesday afternoon while addressing fishermen, sand miners and the local leaders at Lugala landing site during a security meeting.

Mr Baleke implored the fishing community to work together with the authorities in weeding out illegal fishing.
“Capt Musa Mugogo is doing a good job here. Please work with him by giving him information on who is engaging in illegal activities on the lake,” he said before asking the FPU commander to read out his telephone contacts to the gathering.

He urged the fishing community to see beyond fishing and embrace the available government programs aimed at income generation.

On her part, Namayingo RDC Deborah Mwesigwa lured the fishing community especially women and youth to avoid wasting their precious time in politicking.

“Mzee [Museveni] is still here and those who have tapped into the available programs have developed. Even some opposition figures have benefitted like your principal (Bobi Wine) has become rich in this regime,” she said.

The meeting was addressed by among others, the LCV, CAO, Senior Grade One Magistrate, RSA, DPC, FPU commandant among others.