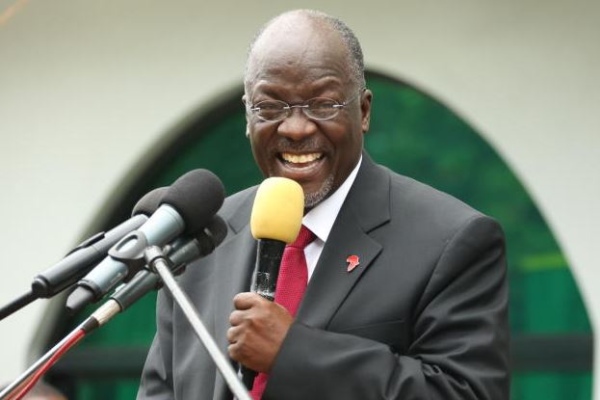 By Daniel K. Kalinaki
More by this Author

The emerging post-mortem of the Magufuli years in Tanzania have taken a predictably binary approach. To his supporters, he was a reformer who bulldozed his way through the notoriously sloth-like Tanzanian bureaucracy to bring about relatively rapid social-economic transformation.

To his detractors, this so-called ‘development’ carried hidden costs of authoritarianism. Magufuli, they say, climbed to the highest rung on the steps of democracy, then kicked away the ladder and used his vantage position to bludgeon political opponents, the media and wider civil society. Even at the end, mere speculation about his well-being was enough for some to be arrested.

This is, of course, a bigger argument and one that isn’t new. Many States, particularly in Africa, have for long debated the question of development and democracy, as if the two are mutually exclusive. Over the years, Singapore’s Lee Kwan Yew, has become the poster child for many African tinpot despots who believe they can beat their people into development, without regard either to the unique circumstances of the Asian country, or the competent execution that is often absent from dictatorships. You can jail all your opponents and centralise all power in yourself but if you employ spouses, relatives, friends and in-laws, rather than your best, brightest and most competent, you cannot become a Singapore.

In fact, the evidence now shows that Singapore is mostly the exception that proves the rule. Sustainable development must have the will and aspirations of the people at its heart. Development, as Denmark – the poster child on the other end of the debate – shows us, can happen, and in fact, thrives in lockstep with democracy. Democracy is, of course, messy. To get elected, politicians must be popular and for many that requires them to do populist things that are not always effective or efficient. But there are at least two antidotes to that.

The first is generating consensus and the consent of the governed. Many African leaders lie themselves into believing that they, somehow, enjoy a monopoly of ideas and a vision of what their countries need. That might be the case if a country is trying to figure out which path to use to land a robot on Mars or how to bring down the plague against Pharaoh and lead one’s people out of slavery – although that too requires a few subject area experts. But when it is important, but ground-level decisions, such as what kind of education system to build, who to trade with, how to produce more, et cetera, the voice and input of the people are vital, for who is the development for, if not the people?

The second is to build competence. If the people of a country, say through their elected leaders in Parliament, decide to build a 21-kilometre road on the northern outskirts of the city, it doesn’t matter whether a country is a democracy or a dictatorship; in the absence of competence, it could easily take two decades. In fact, the real issue is time.

A leader who knows that their time is limited will not spend a decade negotiating a trade deal or a clause in a contract while the sand in the underlying fundamentals shifts underfoot. On the other hand, a leader who is aware that they have a chronic life-threatening ailment, and who is barred by time and term limits, will be incentivised to get as much work done as soon as possible, not waste time plotting how to stay in power eternally. In other words, Magufuli could have achieved a lot of what he did without his government killing, disappearing, jailing or putting its knee on the necks of those who did not agree with him. He could have built a popular consensus around his agenda and executed it. That is how democracy works.

Similarly, many of the African leaders who want to die in office do not have to jail, kill or disappear their opponents. They do not even have to steal elections. They can win genuine support from their people if they put them at the heart of the development agenda and the programmes they implement, whether it is health, education or infrastructure. That is also how democracy works. Many years from now, it is possible that history will look back kindly at all the good things Magufuli did for Tanzania. But like Ugandans today do towards Idi Amin, future generations will also note that he did not have to be so draconian to achieve his goals. Might isn’t always right.