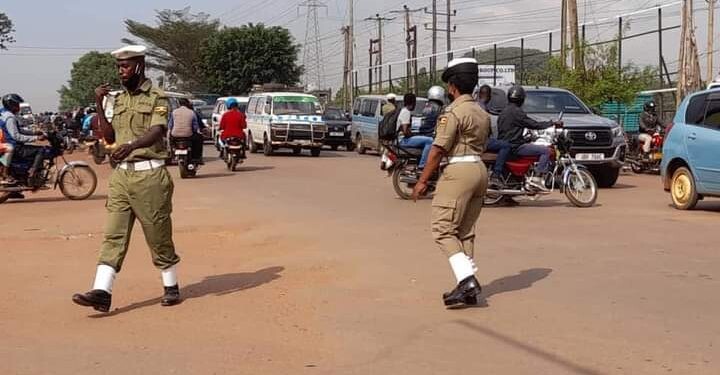 President Museveni on Sunday said traffic officers would be armed or paired with armed officers in a bid to contain cases of insecurity following an assassination attempt against former army commander Gen Katumba Wamala which left his daughter and driver dead.

The former police chief was early this week attacked by armed men who sprayed bullets at his car killing his daughter Brenda Nantongo and driver Haruna Kayondo.

Gen Katumba who, until last month served as works and transport minister was shot on the arms before he was rushed to hospital.

Ina televised address Sunday evening, president Museveni said Gen Katumba’s attackers who rode on two motorbikes encountered a traffic officer as they fled the scene on the Kisota-Kulambiro Road in Kampala, but were able to escape because the officer was not armed.

“These fellows who attacked Gen Katumba met a traffic police but the traffic police was not armed that’s how they ran away. These people took advantage of our laxity. Now they have alerted us. The traffic police will be armed or paired with armed people,” he said shortly after announcing new measures intended to contain the spread of Covid-19.

Further, Mr Museveni said Gen Katumba was entitled to tight security given his rank and the positions he has held in the army and cabinet.

On why Katumba did not have escort patrol, Museveni said: “If the General and the population is not alert then they can be attacked.

Adding;- “But even then the bodyguard reacted and that’s how the killers ran away. Two people died but he (guard) saved the General and himself,” Mr Museveni said as he allayed fears of insecurity in the country amid increasing cases of gun violence.