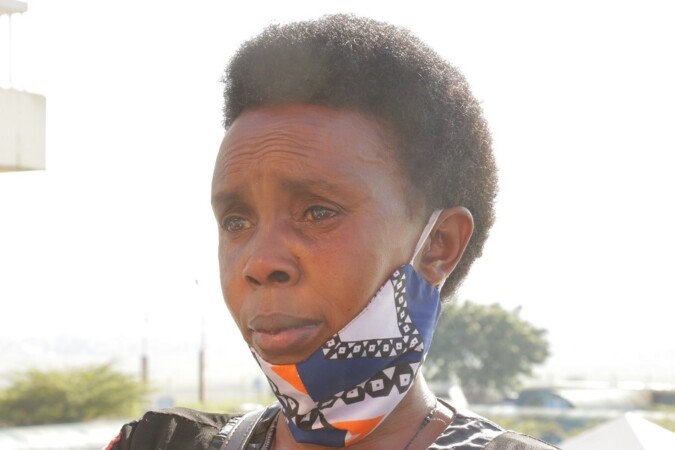 Ssekitoleko had vanished from a training camp in Japan after failing to make the cut for a slot in the Olympic Games which opened Friday in Tokyo.

He was eventually traced and brought back to Uganda last week. From Entebbe Airport, the weightlifter was taken to Kampala’s Jinja Road Police Station where he is still being held.

“I am going to jail with my son in case he is imprisoned like I saw the minister say on Monday,” Nalwadda stated.

She argued that her son had represented Uganda on various occasions, won medals and accolades in different tournaments but he has not been rewarded.

“My son has represented the country and made Uganda proud but never has the government come out to reward him,” she lamented She said she last saw Ssekitoleko two months ago when he went to her home in Kisugu Zone B Wabigalo in Kampala to seek her blessing before going to Japan.

“My son came to me two months back seeking for my blessings since he was heading to Japan.”

Nalwadda admits that she had no problem with her son’s disappearance from the team hotel to remain in Japan after knowing that he was coming back to Uganda without taking part in the games.

“My son realised that he had he was coming back to Uganda where he had spent one year and four months without employment. Even the chance he had to change his life by taking part in the Olympics was no more.”

Ssekitoleko was a bouncer who fell out of employment in 2020 when concerts were banned by the government to curb the spread of COVID-19.

“Ssekitoleko was hoping to make a better future for himself and his expectant wife by running away to find a better source of income to foot his bills and take care of his wife and baby to be born,” said Nalwadda who was tearing up.

Ssekitoleko’s wife Desire Nampewo was thrown out of their rented house in Nakulabye, a city suburb, after defaulting on rent.

Nampewo said she wants a fair hearing for her husband since he was simply trying to improve their living conditions after they were thrown out of the house.

“My husband only gave me sh150,000 as he left and it was for antenatal care. So how do those people intending to arrest my husband think I am going have my needs catered for,” Nampewo noted with tears rolling down her checks.

“Hadn’t it been for his mum I would have been in worse condition than I am now.”

Nampewo currently stays with her sister in an undisclosed location.