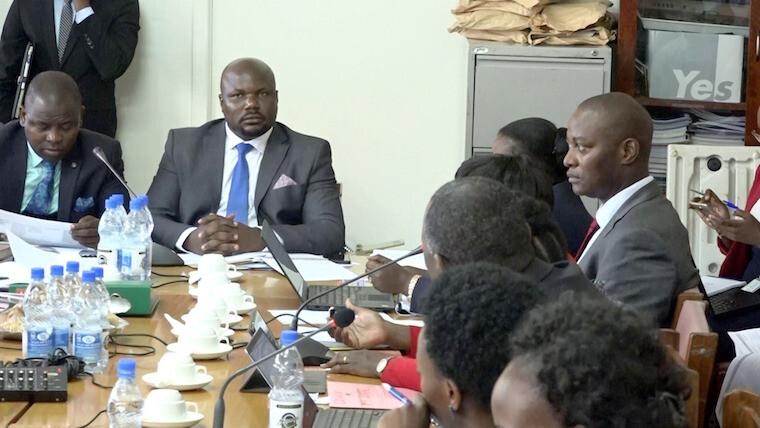 Former Members of Parliament on the sub-committee of the Commissions, Statutory Authorities, and State Enterprises (COSASE) are being accused by city landlords of witch-hunt in the ongoing row involving properties of Departed Asians.

A formidable source at Parliament tipped this website that the new MPs are finding it hard in implementing some of the resolutions passed by the former legislators as some have allegedly asked for money from current proprietors of the properties in order to be removed from the list of those they claim acquired buildings fraudulently.

The source says much as the current COSASE leadership is supposed to carry on from where their colleagues stopped, it is becoming hard to do so because the former legislators are a hindrance to any move.

COSASE is one of the four accountability committees of parliament mandated to examine the audited accounts by the auditor general detailing the appropriation of government funds to different commissions, authorities, and enterprises.

COSASE instituted a sub-committee led by the committee vice-chairman (Makindye East) Ibrahim Kasozi. Kasozi’s sub-committee was supposed to investigate allegations that several properties of departed Asians had been repossessed despite their full compensation by the government. However, the owners of the properties protested the allegations saying they are the rightful owners as they have full documents.

The Kasozi sub-committee in their report indicated that some Asians have reclaimed properties that were fully compensated by the government, while other Asians claim that they weren’t paid.

However, allegations have surfaced indicating that the former COSASE sub-committee legislators that was headed by Mr. Kasozi has continued to interest themselves in the probe with allegations that they are using the report to extort money from the owners of the building across the country.

Another entity that has been drawn into the allegations of extortion is the Departed Asian Property Custodian Board (DAPCB)that sources say is using their last chance in office to reclaim some of the cleared properties.

“These chaps are trying to claim what isn’t theirs and this can been seen from the speed at which they are claiming cleared properties. However, we are glad that we have a sane Attorney General this time who won’t allow fraudsters to torture genuine owners of the properties” said a source.

The Solicitor General said the matter regarding those properties was put to rest by his office and the former Finance Minister. He said the two have continuously discarded the earlier positions.

“reference is made to your letter no CB2672 dated 26 February 2021 addressed to the LC1 Chairperson, Martin Road (copy attached) on the captioned subject which was brought to the attention of the Hon. Attorney General on 16, April 2021 in his capacity as principal legal advisor of the government by M/s Sharma Import and Export (U) Limited, the registered owners of the property captioned. The letter requires the occupants/registered owners of the property to vacate it to enable the Minister for Finance to deal in the property”

He adds “The Hon. Attorney General has advised as follows: That he has previously advised on such matters vide his letter to the Hon Minister of Finance, Planning and Economic Development ref.ADM31/197/01 dated 15 August. That as per the said letter of August 2019, the minister responsible for Finance (or Departed Asians Property Custodian Board) “(“The Board”) has no powers to cancel a certificate of repossession previously issued by him or her (See Mohan Kiwanuka vs Asha Chand SCCA No14 of 2002). That power is reserved for the High Court of Uganda under section 15 of the Expropriated Properties Act Cap.87. It is also the position of the law that a certificate (of the title) is conclusive proof of title to land unless it has been proved that the title was procured through fraud”.

Accordingly, the source alleges that the latest maneuvers are an indicator by DAPCB using the former legislators to extort money from property owners that are spread across the country.

Efforts to get a comment from Mr. Kasozi were futile as he was unreachable on phone by press time.