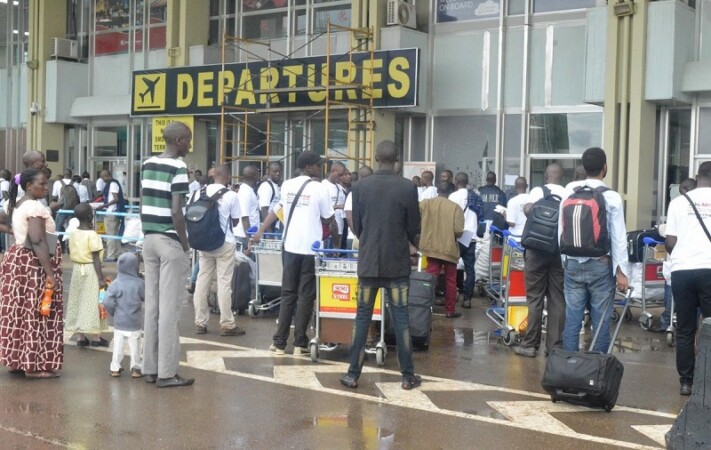 KAMPALA – Government through ministries of Internal Affairs and Gender, Labour and Social Development announced the suspension of eleven (11) external labour recruitment agencies, citing forgeries and other abuses such as trafficking and extortion.

This website has established that the banned companies have numerous cases of forgeries, human rights violations, smuggling, and suffering of Ugandans taken to serve as domestic workers in countries like Saudi Arabia, Oman, and UAE.

In an internal memo seen by DailyExpress dated August 10, Mr. Silver Godwin Muleele the External Employment Unit (EEU) in the Ministry of Gender Labor and Social Development said directed all government departments not to process any work pertaining to the suspension of the notorious companies until further notice.

According to the Ministry, the said companies were suspended after their licenses expired and instead resorted to using forged documents, while others were suspended for illegally charging prospective recruits without securing jobs for them. Others have instead been punished for engaging in trafficking and other offences.

The suspended agencies, for example, KHM International Consultants Ltd, Supreme Link Ltd, JAG Security Ltd had their renewal terminated for breaching the labour externalization protocols through engaging in trafficking and submitting forged tax clearances, which the Ministry said was intolerable.

Human Trafficking on the rise in Uganda

Of these, Dubai was the leading destination with 257 victims while Kenya and Oman came second and third with 165 and 39 victims respectively.

“Labour remains the biggest form of exploitation for trafficking in persons. This is driven by the large population of unemployed youth and the increased demand for cheap labour in places like Dubai, Abu Dhabi, Oman and Jordan among others,” Akullo states.

Labour recruitment firms are regulated and monitored by the Uganda Association of External Recruitment Agencies (UAERA) together with the Ministry of Gender, Labour and Social Development, which is the regulating body that ensures every company is licensed to externalize labour.

Data from the Bank of Uganda shows that Uganda has tremendously benefited from remittances from the Middle East, which increased from $51.4m in 2010 to $309m by 2018.

A UAERA 2020 report indicates that at least 165,000 Ugandans work in several categories in the Middle East.

Also, the International Labour Organisation (ILO) reports show that between 2013 and 2017, the demand for migrant workers in the Middle East increased by 5.2 percent, mainly attributed to the need for workers in the construction and services sector.