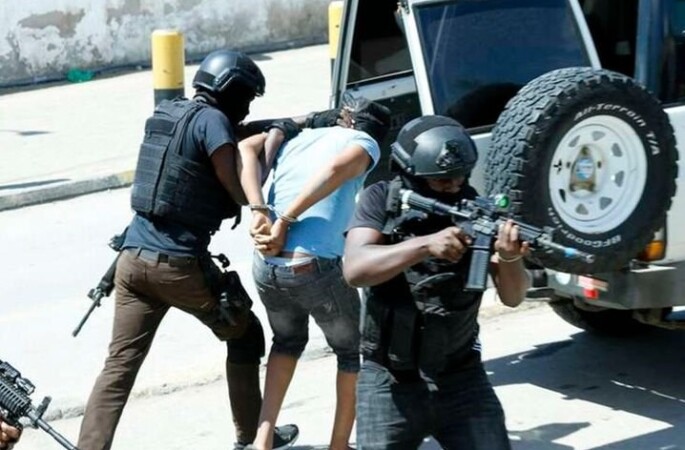 The two were reportedly coming from the Democratic Republic of Congo when about ten anti-terror Police cornered them.

The two men were arrested at the Likoni ferry crossing after their escape efforts bore no fruits.

The two suspects, who were in a Toyota Probox, were trying to cross over from the South Coast towards Kisiwani in Mombasa.

The two were reportedly coming from the Democratic Republic of Congo when about ten anti-terror Police cornered them.

While arresting the suspects, police recovered two AK-47 rifles, assorted explosives, different mobile phones and chargers and a machete from the suspects’ vehicle.

Coast Regional Police Commander Manase Musyoka said the two were nabbed at the Likoni-Ferry crossing channel on the mainland side in the morning.

“The detectives recovered two AK-47 rifles, mobile phones, ammunition and other items during the joint operation,” Musyoka said over the phone.

Musyoka said the two suspects were headed for a mission at an undisclosed place in the area.

The police believe that many Shabab returnees are holed up in the coastal region and using improvised explosive devices to carry out attacks in parts of the coastal and northeastern regions.

The returnees had been to Somalia where they joined al-Shabab, which has been fighting against Somali and African Union troops there.

Kenyan forces have been fighting al-Shabab in southern Somalia, where its soldiers were serving under the African Union peacekeeping mission.