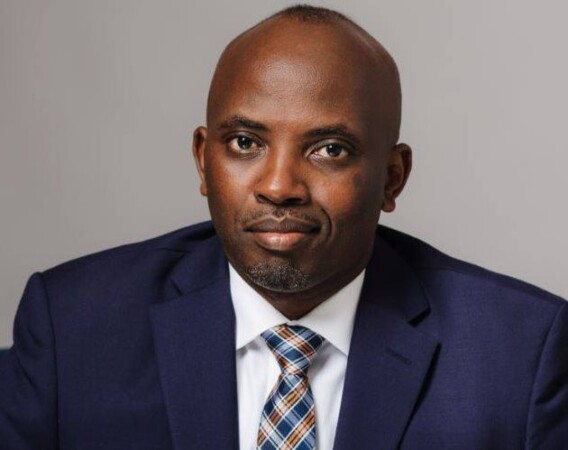 BREAKING NEWS: Victoria University’s (VU) Vice-Chancellor, Dr. Lawrence Muganga has finally been released, barely a day after he was brutally arrested by plain-clothed security operatives from the University’s main campus at Victoria Plaza, in Kampala.

Dr. Muganga according to VU sources was released on Friday evening at around 9 pm and linked up with Tycoon Rajiv Ruparelia the Managing Director of the University at Speke Apartments Wampewo in Kampala.

Muganga was arrested on allegations of espionage and illegally staying in the country as a non-national which however turned out to otherwise after it was discovered that he was a true Ugandan national with a valid national ID of National Identification Number (NIN) CM9603210KCCG due to expire in 2029..

The acclaimed multi-million award-winning author was born and raised in Masaka, studied at Makerere University for his first degree, and later obtained citizenship in Canada where he trained in the academic discipline several years before returning to join Victoria University as its Vice-Chancellor.

Muganga speaks out after being released

In jubilation mood after his release, the soft-spoken Vice-Chancellor without divulging further details over his arrest thanked his family, lawyers for standing by him and fighting hard to see him be freed and confirmed that he is still alive despite the ugly scenes and manner in which he was arrested.

“I am back but it was because of you. Thank you from the bottom of my heart. I am still alive, happy determined and I can always count on you brothers and sisters. This man here (Frank Gashumba) and others out there, you are great and I am forever indebted,” Dr. Muganga who was in the company of his colleague Frank Gashumba said.

Gashumba thanked media houses, the public on social media, and everyone who put their voices and power together to push for the eventual release of Dr. Muganga following his unlawful arrest and detention.

“The power definitely belongs to the people, and none of this would have happened without all your efforts,” Gashumba said.

He noted that they would be releasing a statement on Saturday on the matter. He also thanked President Yoweri Museveni for the intervention in the matter.

“We would also like to thank President Museveni for his intervention in the matter that saw the immediate release of Muganga. God bless you all, and God bless and protect our country,” he added.

Watch the video below

Muganga was arrested together with his police Attache Ms. Barbra Naguddi, and his Executive Assistant, Mr. Herbet Kayongo on Thursday, September 2, at around 10 am when plain-clothed security personnel armed with guns raided his offices at the Victoria University Campus before disappearing with him in a waiting vehicle.

Later on Thursday evening, The UPDF Spokesperson, Brig Flavia Byekwaso through a tweet confirmed the arrest of Dr. Muganga and said the top academic had been arrested on allegations of ‘espionage and illegal stay in Uganda’, something the Family and his lawyers disputed earlier today as being baseless allegations.

Speaking to the press at Kampala Serena Hotel on Friday, Sept 3, Dr. Muganga’s family and their Lawyer Isaac Ssemakadde publicly condemned the manner in which the University’s top academic was brutally assaulted and dragged from his office in Kampala and detained in an unknown facility without clear reasons leading to his arrest.

In a narration of the ugly incident, Ssemakadde quoted that “the kidnappers came to the University masquerading as students seeking admission so the security allowed them access after they registered themselves in the visitors’ book (on a page which they, later on, tore out as they were leaving).”

“The UPDF, spokesperson Brig. Flavia Byekwaso yesterday came and lied to the nation in her tweet following the brutal kidnap of Dr. muganga when she alleged that Dr. Is being accused of illegal stay in Uganda, this is not true how does a Ugandan overstay in his own country,” Ssemakadde fumed.

Frank Gashumba, a rights activist scoffed at security organizations, particularly CMI operatives for branding a certain group of Ugandans as Rwanda’s spies in the country in order to make money.

“CMI has accepted to be used to witch-hunt Ugandans of Rwandan origin by branding them spies in order to make money,” Gashumba revealed before swearing to die talking the truth.