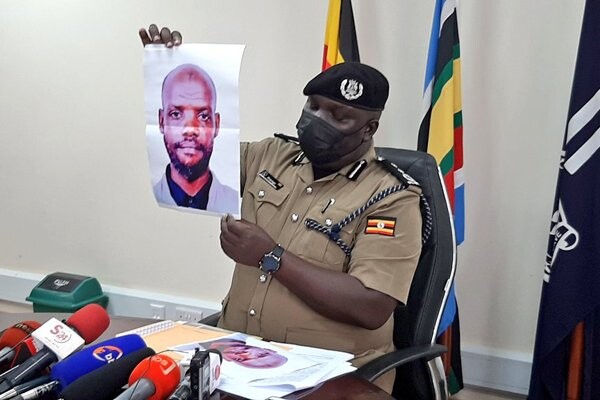 KAMPALA, UGANDA: Six out of the eight suspects accused of attacking and shooting dead the daughter to Transport Works minister, Gen Edward Katumba Wamala, and his driver have been slapped with 18 more charges.

The 18 charges preferred against them at Nakawa Court in Kampala include being members of the unruly Allied Democratic Forces (ADF) rebels, rendering support to a terrorist organization, murder, attempted murder to aggravated robbery.

Under the charge sheet of allegedly rendering support to a terrorist organization, state prosecution contends that the accused persons and others, who are still at large, between March 2015 and June 2021 in various places in Kampala, Luweero, Kasese, and in various places in eastern DR Congo, rendered support to Hussein Lubwama, alias Master.

The State said they rendered the said support knowing that it would be used to instigate acts of terrorism.
The new murder charges arise from the alleged robbery of Cheap General Hardware in Nansana East 1 Zone in Wakiso District on May 29, 2019.

During the robbery, the prosecution claims that the group caused the death of Jimmy Atukuru,  Frank Abaho Mutinda, and Amin Bugembe.

Prosecution also alleges that in the same attack, the accused persons stole Shs38m from Ms Tedrin Nalule and threatened to shoot her.

The group is also accused of being behind the robbery at City Shoppers supermarket in Kanyanya-Mpererwe, where they alleged killed Burton Okoti.

The same group is accused of robbing Shs2.2m from Ms Precious Kayesu. They are also accused of being behind the robbery at Denovo bakery in Kalerwe and stole Shs34m from Ms Nawal Nakatudde.

The group, represented by Mr. Geoffrey Turyamusiima, appeared before court virtually, and their next mention date is October 21.

The older charges that the group was already facing include murder and attempted murder in regard to the attack on Gen Katumba on June 1 in Kisaasi, Kampala that left his daughter Brenda Nantogo and driver Sgt Haruna Kayondo, dead with the four-star general sustaining serious injuries.