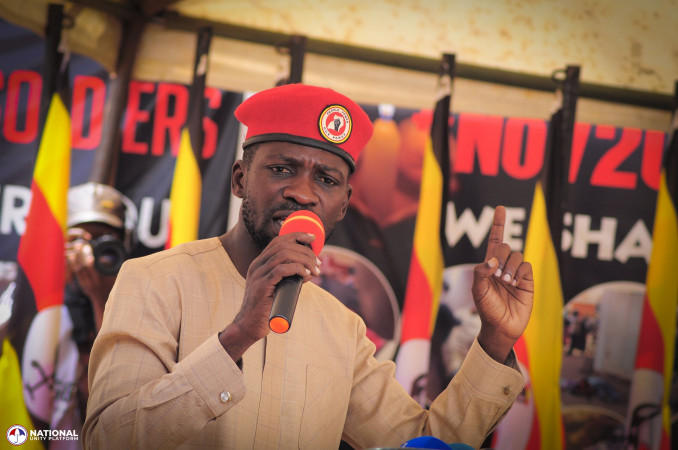 KAMPALA, UGANDA: The National Unity Platform-NUP, the largest opposition political party has renewed its call to security organs to release all its supporters who were picked up in 2020 and 2021 at the height of the presidential campaigns.

Addressing journalists on Monday, the party president and former presidential candidate, Robert Kyagulanyi Ssentamu, said that the government should either produce the jailed supporters before the court all those it is illegally holding because of their political views or unconditionally release them.

Kyagulanyi’s call came just hours after some NUP supporters appeared before the General Court Martial for updates on the charges of illegal possession of 13 explosive devices after spending more than eight months on remand.

Many NUP supporters are being accused of being found with red berets, which the military gazetted as military stores. Kyagulanyi said these arrests were aimed at weakening their fight against President Yoweri Kaguta Museveni’s government.

For her part, Dr Lina Zedriga, NUP deputy president for northern Uganda said despite what she called political persecution of their supporters, they remain resolute in their belief against President Museveni’s government. She said even when some of these people are held in gazetted prisons, it is very hard to visit them.

Some of the relatives of those who were kidnapped and have never been seen again asked the government to have mercy on them and release them.

Mary Namuyanja, the wife of Martin Lukwago who was kidnapped from Bugolobi on November 23, 2020, said that she is finding it very hard to look after her three children especially paying their fees now that schools have been reopened. She said she had to hide her husband’s clothes and pictures so that the children stop asking about him.

Dorothy Najjuka, whose husband, Nalumoso Vincent was kidnapped on December 1 2020, and has never been seen again, said the last year has been the most challenging in her life. She said even if Nalumoso is not released, at least he should be taken to court so that he can defend himself if he committed any crimes.

Reacting to Najjuka’s revelation of hiding her husband’s paraphernalia, Kyagulanyi said it’s imperative that mothers are truthful to their children on the whereabouts of their fathers as this will help them understand the kind of danger the country is facing.

Ever since the end of the election cycle in January last year, a number of NUP supporters who had been arrested especially after the November 2020 riots following the arrest of Kyagulanyi have been released some without any charge others either on police bond or on court bail. However, tens if not hundreds of others remain in detention without any charges being preferred against them.