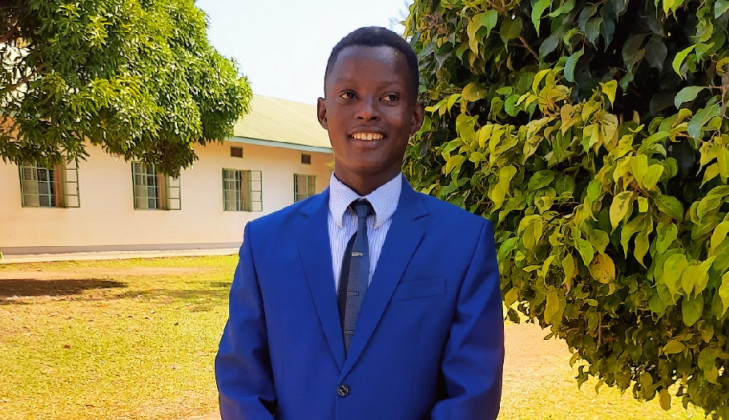 Sexual maturity is to be able to have sexual desire or fulfillment with another sex and to be able to love the opposite with one whole being.

Hillary Clinton, the former presidential candidate in USA noted that “it takes the whole village to raise a child.”  This proverb is traced back to 1981 where Toni Morrison noted that “I don’t think one parent can raise a child.”(Yale Book of Quotation, 1989, 174). However, the context of Hillary Clinton is half right because she argues that having a handful of friends helps to raise that child. And as they join together with that in mind, they inadvertently become a village. (Huff post Contributor Platform, 2017).

When I scale back in African history, the foundation of this communism can be traced back to 1960s landmark novel, “Things Fall Apart” in which Chinua Achebe, the Prolific writer emphasized enculturation in liberating an African child. Harvey Kwiyani, drawing from his experience testifies to this fact that, “Personhood is a spiritual journey that one cannot embark on alone. One needs community to be fully the person they are. A person must constantly seek to embody a belief that, “I am because we are.” (The Walligo, 2021, 94).

The typical African village community built houses together, dug roads and farms together, meetings for funeral and weddings were conducted together and most of the education was done communally for the betterment of the whole community. The stakeholders of this included the parents, guardians, Aunts, Uncles and the whole village at large. They spared time for their children teaching them morality and counseling which cut across to the oracles of sexuality especially couples who intended to solemnize their marriage had to be supported by their elders and the whole community was concerned. The society had reasons to celebrate marriage for their children.

The point of departure for penning this paper is the resonance between sexual immoralities and spiritual dilapidation in the lungs of science today. When sexuality is not well tamed, there is an inclination to spiritual erosion (Man and Woman in the Spiritual Arena, 2017, 127).  The youth today are no longer taught sexual behavior; they only have induced knowledge through movies, peers and stories.

However, they are not to be blamed. There is a lot of negligence and laxity among the parents and stakeholders in this respect. The parents today no longer have time for their children; some parents fear their children and others indeed are ignorant about these tips to acquaint their children. This has culminated into sexual immoralities such as raping, defilement, abortion and increased violence in the marriage world coupled with low levels of education. Science today is at the peripheral of sexuality in societies. Gone are the days when sex was meant for only married couples who had fulfilled their obligations as demanded by their families and culture than today where it is reduced to a birthday gift.

Sigmund Freud in his psychosexual analysis nuances that the libido is a stimulating force behind any behavioral pattern in man such as looks, dress code, taking styles. To be sexually sound and upright, one ought to fulfill the mind’s sexual instincts right from childhood which is the sensory stage, because every pleasurable activity is sexual in nature for example the genitals, the mouth, touching, eating. Therefore, according to him, sexual development takes into account the holistic development of the total human person and this stems from the libido or instincts.

This coincides with the African informal education which left no stone unturned as far as integral development of an individual was concerned. This is where human sexuality finds its broader meaning rather than being reduced to oomph. Today people spend donkey years without realizing this. Nevertheless, there is interplay between nature and nurture in fulfilling this sexuality complex. For this paper, therefore, I am reducing my arguments to the play of nurture; science in influencing sexuality in society today.

The equilibrium between sexuality and spirituality may be impossible. Many people are might in one and very wanting in the other. Sexuality can be defined as the dimension of our personality that makes one male or female and capable of affective bonds and procreative activities. Sexual identity therefore; male or female guide one’s behavior, and it is determined by sexual orientation, body image, sexual values and ethics, and then erotic preferences. Sexuality therefore, is an essential determining factor in human beings because it enters deep into the bone marrow and affects one’s behavior which indeed spirituality falls a victim. Sexuality is traced back in the times of Adam and Eve.

Sexuality and spirituality complement each other, when sexuality is not well tamed, there are tendencies of spiritual deprivation and dilapidation which indeed is affecting many societies today and the vital force behind this is science. The coming of science has terminated and siphoned the spiritual arena of sexuality in societies today. Science has barred societies from its side effects such as the exposure to pornography which has culminated into the use of artificial family planning methods in litorespect of the diverse effects associated with it. Therefore spirituality and sexuality complement each other.

Many people reduce sexual maturity and love to the donkey years they spend taking an oomph perspective. This accounts for the reasons why science has revealed drugs to boost the libido and energy during the intercourse. This is not true in the African traditional setting and so is the Biblical view. The attraction and love of the sexes finds its intimate, most bodily and at the same time most ecstatic expression in the act of sexual love. Every other form of sexual activities is incomplete if not mature, in a certain way perverse.

Sexual maturity is to be able to have sexual desire or fulfillment with another sex and to be able to love the opposite with one whole being. This is the love in itself not as means to and end or private satisfaction of instincts nor a sort of easily available drug. Sexual love and maturity should therefore find its fulfillment in procreation and mutual love. This affects positively the social life of the community. Sexual relations are the greatest concerns that have taken the lead in this youthful and scientific era because they give children who are the future of the community. The survival, well-being and growth of a society depend on a strong, rising generation which is bodily and spiritually healthy. Gone are the days when sexuality took up a romantic position than today where it takes the hedonistic way and the victims who are not ready for the responsibilities of their actions adopt fundamentally wrong attitudes if they do so willingly and wrongly. This sin is gravely.

Finally, I appreciate the coming of science because of the central role it plays in making our ends meet in time. However, the concern is about its misuse. Indeed spirituality is in consonance with sexuality. To have an authentic existential life (essential life), the former and the latter should bridge the gap between the hedonistic and ethical stages and conform to the religious stage which is only clear to God.