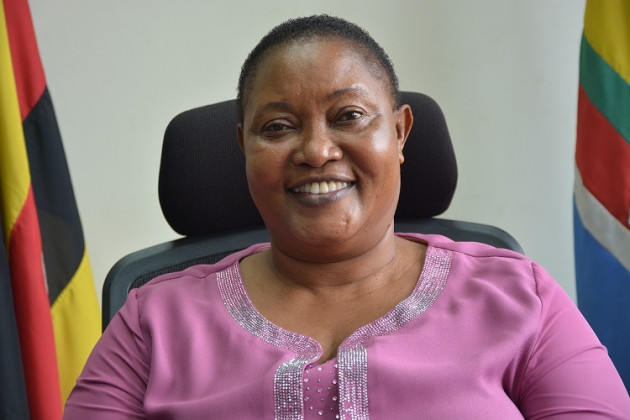 It may still be early to conclude but all pointers, so far depict only good things ahead at the Presidency. Why the Minister chooses to respond to open attacks with silence is a secret we may not be able to fully comprehend, but her action-backed approach is, so far proving to be the best.

The noise surrounding the March, 23 RDC/RCC reshuffle had prompted the majority of us faint-hearted ‘Museveni-holics’ to fear for the worst as self-seekers picked up all sorts of verbal missiles to propel against Presidency Minister Milly Babirye Babalanda, directly, and President Museveni indirectly as they questioned the choice of the new RDC/ RCC appointees.

At the very extreme, naysayers unfairly judged the new officials saying they were destined to fail as they looked too incompetent for the task ahead of them. There were concerns that many old-timers were ejected in the reshuffle, with naysayers citing witchhunt and ill judgment.

As Babalanda adamantly refused to be consumed by the criticism that seemed like wouldn’t be ending, she was accused of superintending over the most corrupt recruitment process ever. One senior party member, with complete disregard for the fact that it’s the President and not the Minister that makes those appointments, claimed that whoever was dropped had failed to pay a bribe figure so insane for most of the officials. This kept many of us biting our fingertips.

To those who had closely worked with the unpredictably few worded minister, and were privy to her strict adherence to her ” zero tolerance to corruption” principles, they strongly knew this was a set-up. Besides, these precisely knew most of the youthful cadres who had been appointed.
Eng. Joseph Sewava who had worked under Babalanda at the Office of the Kyambogo- headquartered Office of the NRM National Chairman(ONC), in a discussion with a local media outlet shortly after the release of the new appointments, described the choice of the appointees as ” spotlessly spot on.” He said these were tested and tried cadres whose loyalty, and persistence in mobilising and upholding party values were unquestionable.

In the heat of the 2021 vote-hunt adventure for Museveni’s sixth successive re-election, many of the officials had worked tooth and nail to maintain the party in all corners of the country. In some commanding districts, sub-regions, and regions, with others at the National Command Center at Kyambogo, Museveni’s campaign team didn’t only display organisational superiority but also unmatched strategic prowess.

And surprisingly, the majority of the new appointees were people who had actively participated in the activities of the party. With the new assignments to these battle-hardened cadres, shame for the critics was just a matter of time.

For those who have keenly followed these new Presidential Envoys in their specific districts of deployment, there is, indeed, a lot to tell about their exciting works, and precision in executing their newly allocated mandates.

Newcomers, specifically, need special applause for the special manner in which they have handled their duties, most of the time looking as though they have been there longer than they have been. Mr. Kibwiika Micheal of Busia, Prossy Mwanjuzi of Mbaale Industrial Division, Benesa Edrine of Soroti Eastern Division, Cosmas Okidi – Deputy RDC Gulu, Mike Segawa of Jinja Southern Division, Saleh Khamba of Jinja City, Bakak Ronald in Kaliro, Justine Tuko of Moroto, Jackeline Konkunda of Entebbe Municipality, Etesot Gabriel of Soroti, Katende of Masaka City, Isma Masaaba of the Arua, among others. These are just some of the few newcomers who have tremendously faired and deserve special applause.

The biggest majority of the old-timers, such as Billy Mulindwa of Bugweri, Emmy Mitala of Bududa, Justine Mbabazi of Wakiso, Frederick Bangu of Namisindwa, Ahamed Washaki of Mbale, Elijah Madoi of Jinja District, Hudu Husein of Koboko, Paul Eseru of Pakwatch, have done a wonderful job of providing commendable guidance to their new counterparts, resulting into all the efficiency we are witnessing from the team.

Strict following of directives from the centre has made it possible for seamless supervision of government programs in the various districts, minimising incidences of insecurity, fighting against graft and stepping up the communications apparatus through radio programs mainly is all but, just a few of the measures that have contributed to the ‘glow’ that is witnessed.

It is, thus, no accident that government programs such as Emyooga, and the upcoming Parish Development Model(PDM) are having a seamless go as far as implementation is concerned.

The rampant land grabbing and community evictions are seemingly becoming things of the past. Cases, where RDCs were severally being accused of conniving with propertied thieves to rid the poor of their land, are gradually dying natural deaths. Even in instances where there have been questions about the Presidential Envoys, like the case in Kikuube where RDC Amuran was being implicated in the mass eviction of communities, third-party probes have proved otherwise.

It may still be early to conclude but all pointers, so far depict only good things ahead at the Presidency. Why the Minister chooses to respond to open attacks with silence is a secret we may not be able to fully comprehend, but her action-backed approach is, so far proving to be the best.

To you, Honourable Minister, continue walking in majesty. With your head up, and with all the swagger as you wish. Your judgement has, so far, proved impeccable. Your silence, yet the strongest sword unequaled. Through these unique values, you have amassed an army of followers behind your name. Yours is an example of what all public servants should strive for the true explanation of selfless service to the country in totality.

Andrew Baba Buluba is a seasoned Journalist in Kampala