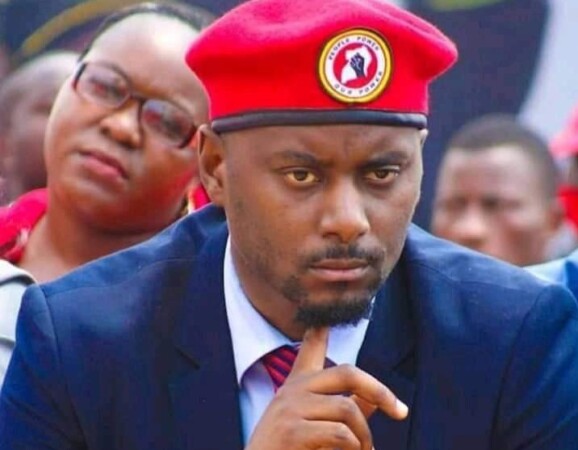 Rubongoya who is currently detained at Natete Police Station in Kampala was arrested on Wednesday afternoon alongside his driver Gordon Agaba.

Rubongoya who is currently detained at Natete Police Station in Kampala was arrested on Wednesday afternoon alongside his driver Gordon Agaba.

According to a Statement posted through his official social media accounts, Rubongoya says they were first detained at Wandegeya police station before eventually being rearrested at Natete police station.

“Today morning while driving via Wandegeya with my driver Agaba Gordon, a traffic officer stopped us and claimed that my car is wanted on allegations of having committed a crime during the recently concluded by-election in Omoro,” a statement via his Twitter account reads.

“We were briefly arrested at Wandegeya Police station & later I was released & proceeded to attend Hon Ssegirinya & Sewanyana’s court. However, Gordon was later driven to Natete Police Station. After court, I passed by Natete Police Station to follow up & I’ve also been re-arrested,” he stated further.

The election which was held at the close of last month, to replace former Speaker of Parliament Jacob Oulanyah, was won with a landslide by his son Mr Andrew Ojok, who garnered 14,224 votes (83.3 percent), while his closest contender, Simon Toolit Akecha of NUP, got 1,633 votes.

In the build-up to the election, however, the NUP team led by Mr. Rubongoya and Leader of Opposition Mathias Mpuuga, claimed that the election was marred with violence in which several of their agents were arrested and tortured.

The Police however, came out and clarified that those who were arrested were planning to cause disruption during voting.