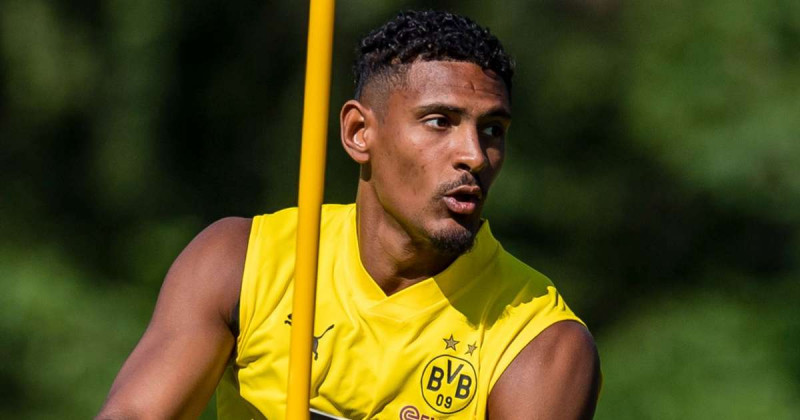 The Ivorian striker joined Dortmund at the beginning of this month from Ajax, with Dortmund paying an initial €31m for a player they targeted to replace Erling Haaland.

Borussia Dortmund’s new signing Sébastien Haller has left his new club’s preseason training camp in Switzerland due to a testicular tumour, the club confirmed in a Monday statement.

The club in a statement announced that the 28-year-old Ivorian international first complained of feeling unwell at training on Monday.

Dortmund said the testicular tumour was found during a medical examination, with Haller returning to Germany to undergo further tests. According to medical experts, tumours can be benign and do not always lead to a diagnosis of cancer.

“This news today came as a shock to Sebastien Haller and everyone else,” the club’s sporting director, Sebastian Kehl, said. “The entire BVB family hopes that Sébastien makes a full recovery as soon as possible and that we can give him a hug again soon. We’ll do everything in our power to ensure that he receives the best possible treatment.”

The Ivorian striker joined Dortmund at the beginning of this month from Ajax, with Dortmund paying an initial €31m for a player they targeted to replace Erling Haaland. The France-born striker scored 34 goals for the Dutch side last season, including 11 in eight Champions League games.

Following Dortmund’s announcement, West Ham United, where Haller played from 2019 to 2021, tweeted: “We’re with you, @HallerSeb. Wishing you the best with your recovery.”