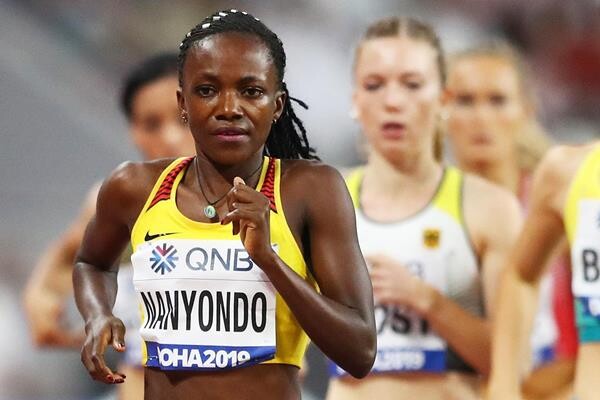 The 2018 commonwealth bronze produced a great performance to win a highly competitive race that was decided in the last 50-meters of the race.

KAMPALA, UGANDA: Middle distances runner Winnie Nanyondo has qualified for the women’s 1500-meter final after winning heat two of the semi-final round.

The 2018 commonwealth bronze produced a great performance to win a highly competitive race that was decided in the last 50-meters of the race.

Nanyondo grabbed the leading position of the 8-women field in the first 200-meters and led the pack until she was overtaken by three athletes including Jessica Hull, Katie Snowden, and Kenya’s Winnie Chebet in the last 400-meters.

Despite dropping three positions back, Nanyondo maintained the inside lane which gave her a chance to fight back towards the end of the race. She utilized the space between England’s Katie Snowden and Australia’s Jessica Hull towards the last 50-meters to finish first in the heat.

She will now take part in the finals due August 7, 2022, as she hopes to make amends after a disappointing display at the just concluded 2022 world athletics championships where she finished 8th in the final.