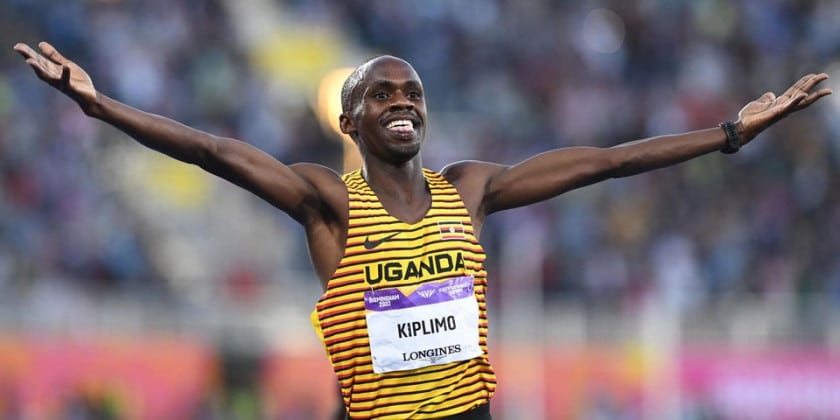 Kiplimo, who earlier this week beat Kenyan duo of Daniel Simiu and Kibiwott Kandie in the 10,000m yet again proved to be a good finisher after beating another Kenyan duo of Jacob Krop and Nicholas Kimeli to earn his double gold at the Alexander Stadium on Saturday.

Kenyans Kimeli and Krop finished in second and third position to settle for silver and bronze respectively as Uganda proved to be a champion yet again in the long distance races at the Commonwealth Games.

Earlier in the evening, his other compatriot Halimah Nakaayi competed in the women’s 800m final, where she finished last in an intense two-lap race, clocking 2:01.17.

Kiplimo has yet again proved to be a perfect replacement for his elder brother Joshua Cheptegei who pulled out of the Games due to fatigue from the recently concluded World Athletics Championships in Eugene, Oregon.

In a space of only a month, Kiplimo has won three global medals – one at the World Athletics Championships in Oregon last month, and now two gold medals at these Games.

Team Uganda now have in the bag five medals – including three gold – from these Games.