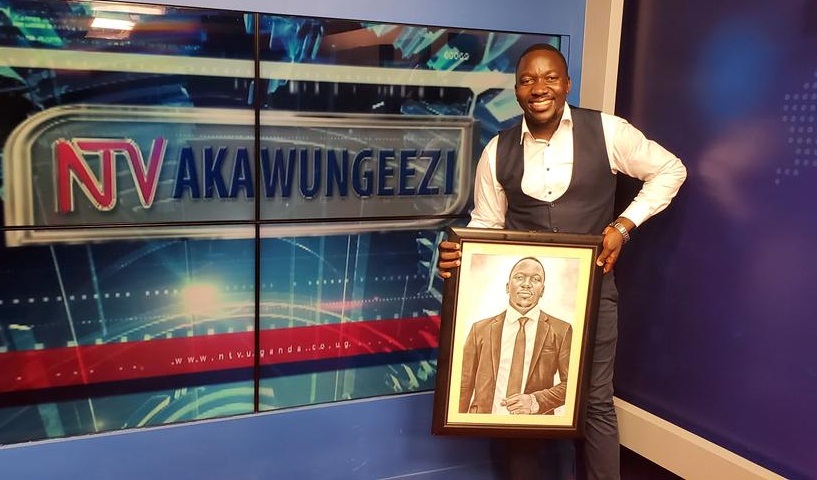 Wamala exits Serena barely a month when Herbert Zziwa left and joined the Building Review Board as Manager of Communications. Earlier, their senior, Frank Walusimbi joined UNHCR as a Communications Officer.

KAMPALA, UGANDA: NTV Uganda has yet again bid farewell to one of its high-ranking journalists, John Cliff Wamala who announced he is leaving the Serena-based station after five years of reporting.

Wamala who joined the Nation Media Group company in 2017 broke the news of his departure in a Monday tweet where he thanked everyone who has been part of this journey from the station to the viewers.

“END OF AN ERA…. Today I sign out of the Newsroom after 5 years. Thank you so much @ntvuganda for the platform. To the esteemed viewers, words alone can never explain how I feel, thank you,” he tweeted.

NTV Uganda confirmed Wamala’s departure and paid tribute to him by appreciating his efforts in transforming the station to another level.

“From us, thank you for all your hard work over the many years. Your contribution to our broadcasting is nothing short of outstanding. All the best in your new endeavours @JCWamala,” the station tweeted

John Cliff Wamala has been a broadcast journalist reporting about different topical discussions in the country. Some of his prominent stories have been mainly on community issues, refugee issues, climate change, social justice and politics.

He’s vividly remembered for covering the 2021 general election candidly with each detail as it unfolded a thing that got a lot of people applauding him. He is also a documentary filmmaker and photographer.

Wamala’s wife Sapphire Nahabwe also said, “Bye-bye @ntvuganda. Thank you for being part of our journey, for providing home & family for my @JCWamala and then me. Daddy, I am proud of you. WefightOn.”

The latest reports coming as well indicate that Wamala chose to resign from NTV after landing a Public Relations Officer job at Uganda Redcross Society where she will be replacing Ms Irene Nakasiita. The latter has been elevated to the position of Director.

Wamala exits Serena barely a month when Herbert Zziwa left and joined the Building Review Board as Manager of Communications. Earlier, their senior, Frank Walusimbi joined UNHCR as a Communications Officer.