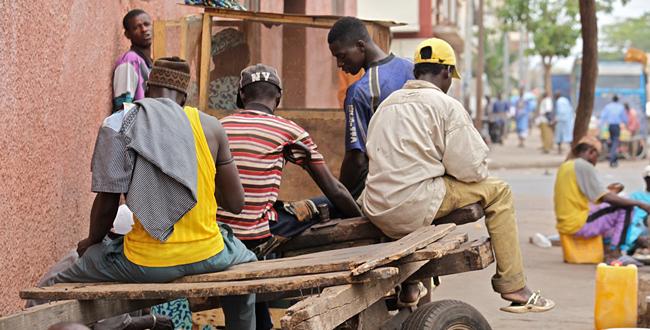 According to Police, the following behaviours are no longer punishable by law is Idle and disorderly where any person including a prostitute, behaves in a disorderly or indecent manner in any public place, among others.

KAMPALA, UGANDA: Police has with immediate effect stopped the arrest of sex workers and street beggars in a move to implement the orders of the Constitutional Court that declared the offence of rogue and vagabond unconstitutional.

Previously, a suspected person or reputed thief who has no visible means of subsistence and cannot give a good account of himself or herself and is found wandering on any road or highway or in any public place for an illegal or disorderly purpose shall be deemed to be a rogue and vagabond.

According to the Police, the behaviour that is no longer punishable by law is Idle and disorderly where any person including a prostitute, behaves in a disorderly or indecent manner in any public place, among others.

While addressing the media in Kampala on Monday, forces spokesperson Mr Fred Enanga warned police officers against flouting the court directives regarding the Rogue and Vagabond ruling.

“The leadership of the police has acknowledged the court ruling that repealed and decriminalised the petty offence of rogue and vagabond from the penal code act after it was found to be vague and unconstitutional. So all police officers have with immediate effect been asked to comply with the ruling and stop any arrest of those minor actions of rogue and vagabond,” Mr Enanga said.

“The public should expect the police to move away from these low-level disorders that allegedly criminalise poor people and persons of low status. We are going to spend a considerable amount of time looking at other serious cases,” he added.

As a reminder, the behaviors that are no longer punishable by law are; Idle and disorderly where any person;-

The police identified such behaviours as being armed with dangerous or offensive weapons with intent to break or enter a building, having one’s face masked up or otherwise disguised to commit an offence, and wandering at night while being armed.