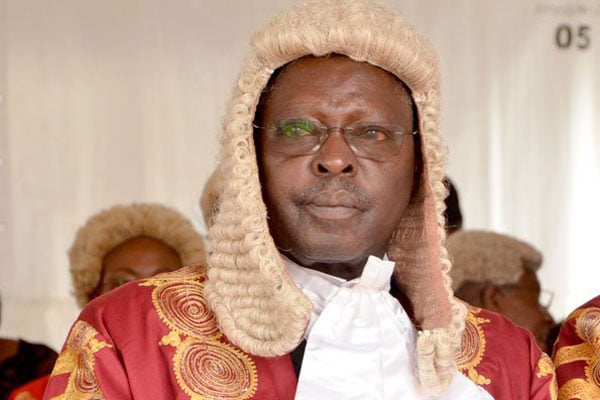 Justice Opio Aweri had been admitted in critical condition for a month in Intensive Care Unit of Mulago National Referral Hospital until Wednesday morning when he breathed his last.

Justice Opio-Aweri who has also been the Chief Inspector of Courts died at Mulago National Referral Hospital in Kampala on Wednesday, December 7, 2022.

“The Judiciary family is saddened by the passing of Justice Opio Aweri, as he has been described by many as a great towering legal mind who served the bench with boundless dedication, utmost humility and commitment for nearly four decades. No doubt that the nation will miss his noble service” CJ Owiny-Dollo’s statement shared by the Judiciary reads in part.

“Our prayer is for the Almighty God to comfort the family at such a moment of grief. A detailed funeral programme shall be communicated later,” Justice Owiny-Dollo added.

Born in 1953 in Dokolo district, Justice Opio Aweri started his career in the judiciary in 1982, as a legal assistant in Soroti District.

He then joined the Judiciary as a Magistrate Grade I in 1983 and rose through the ranks to a Justice of the Supreme Court a position he has held until the time of his death.

As a career Judicial Officer, Justice Opio Aweri was appointed Judge of the High Court in 1998 and later elevated to become Justice of the Court of Appeal in 2015.

At the time of his demise, Justice Aweri was the Chief Inspector of the Courts of Judicature, having replaced Justice Augustine Sebuturo Nshimye in the position.