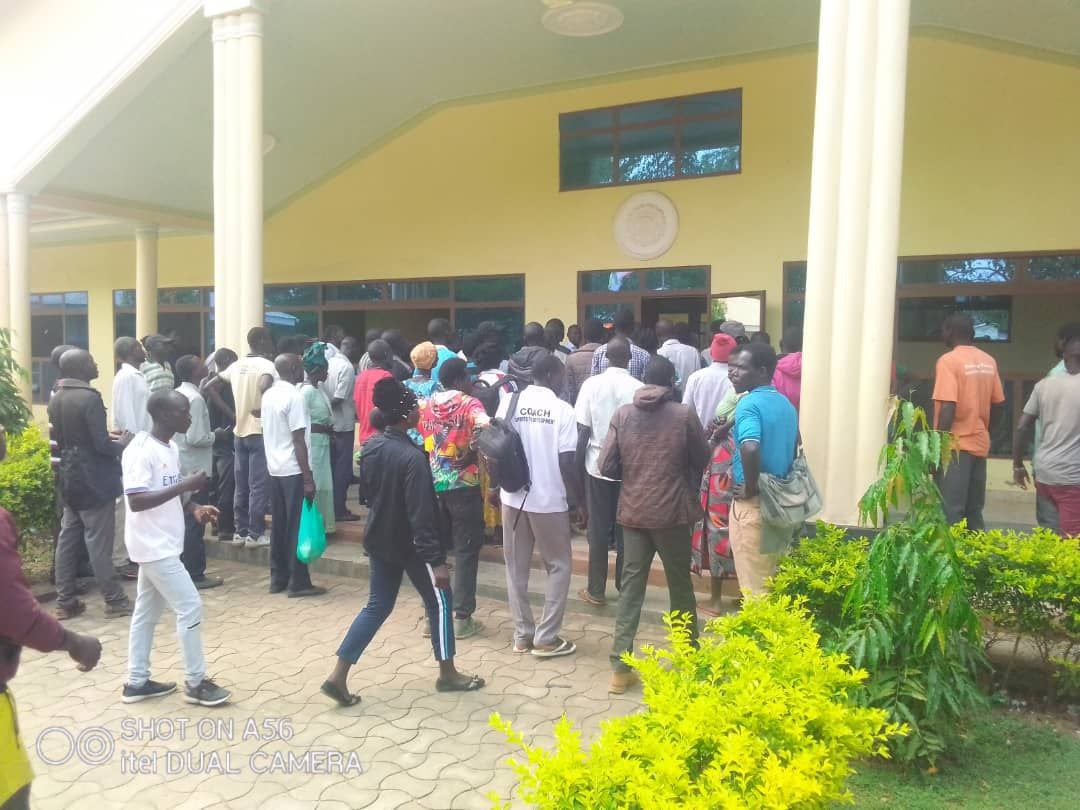 According to Mr Muroga, UWA officials on November 11, 2022 stormed and burnt 69 temporary housing structures, plus brutally arresting 25 people, the enforcement team also reportedly broke the arm of a breastfeeding mother as several others were injured their anguish

ADJUMANI, UGANDA: The farming communities in Kulukulu and Rubangabin villages in Ukusijoni sub-county county Adjumani district have accused the warden in charge of East Madi Wild Reserve Mr Ali Bakhit of selective application of the law and favouring the Acholi community.

In their submission date Thursday, December 8, 2022, which was received by the district secretary for production Ms Korina Mania, the chairman of the aggrieved farmers’ group Mr Moriga Wilson accused Uganda Wildlife Authority (UWA) leadership in East Madi Reserve of brutal arrest and torture of farmers in the two villages under the cover of eviction of encroachers when members of the Acholi community were instead given protection by them.

According to Mr Muroga, UWA officials on November 11, 2022, stormed, the areas of Auburn, Ofo, and Opeareni and burnt 69 temporary housing structures, plus brutally arresting 25 people, the enforcement team also reportedly broke the arm of a breastfeeding mother as several others were injured their anguish

An aggrieved farmer, Linus Draparaku testified that whereas members of the Acholi community are daily indulged in illegal activities like logging, lumbering, and charcoal burning, they have decided to restrict their activities to farming and fishing and yet remain the target of UWA wardens.

Linus Draparaku said, they now understand that the Acholi community is part of the protected animal species because when the UWA Wardens stormed their area and forcefully evicted them, members of the Acholi community were carrying out activities normally and three days later they occupied their dwelling and erected temporary structures.

The secretary for production in Adjumani district local government, Korina Ondoa said the matter of illegal occupation of government-protect elected areas by members of the Acholi community has dragged on for a long period of time but the final decision will be declared by president Yoweri Museveni as Adjumani district has furnished the office of the president will all the required evidence.

The in-charge of East Madi Wild Life Reserve Mr Ali Bakhit when contacted said he was not at liberty to discuss security operations with journalists and referred the reporter to Adjumani Central Police station for details.

The area in contention according to Mr. Ali Bakhit is inside the conservation area overlooking River Nile near Shinyanya -Obongi ferry landing site and the encroachers took advance of the 20 years of insurgency of the LRA aware that the place was inaccessible by the UWA patrol unit.

The group claim since time immemorial they have been cultivating in the area and they were forced to flee during the Lord’s Resistance Army [LRA] insurgency and returned to the area after relative peace returned in 2006.

The leader of the aggrieved group Mr. Muroga Wilson said, the resolve of the group is to ensure that the law is applied to both communities equally and has vowed to lead the arrest and burning of the houses of the Acholi community should the UWA enforcement team reiterate the brutality and heartless actions perpetuated against the Madi community.